No. 3 The Bund, perhaps one of the most famous clubs in the world - The Shanghai Club. Recently renovated and added to, creating the Waldorf Astoria Hotel, Shanghai.

The main club entry and public rooms have been wonderfully restored by HBA Architects and Associates. Nods to design  elements of new and old, East and West, this newly opened hotel is a visual treat. It is hard to believe during the '90's it housed a KFC! 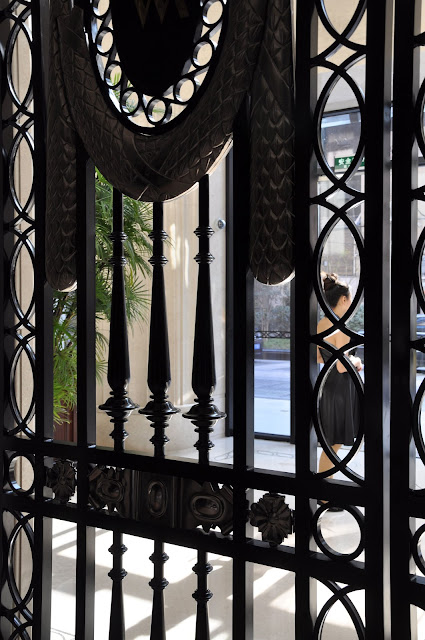 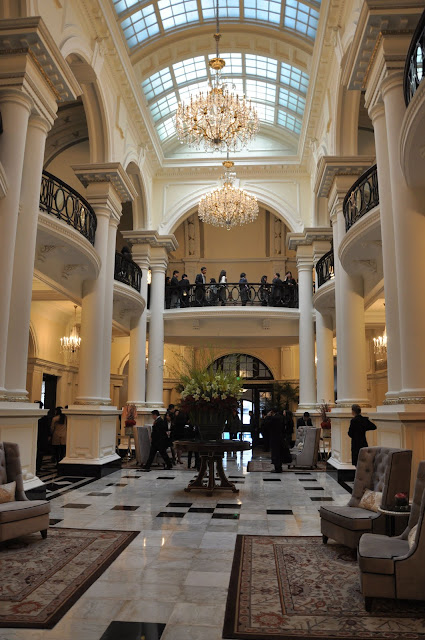 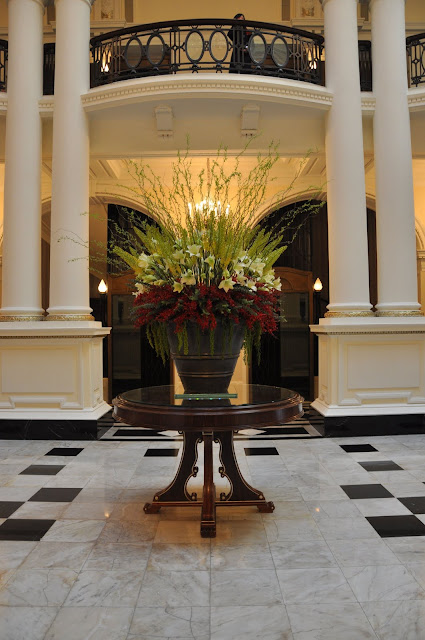 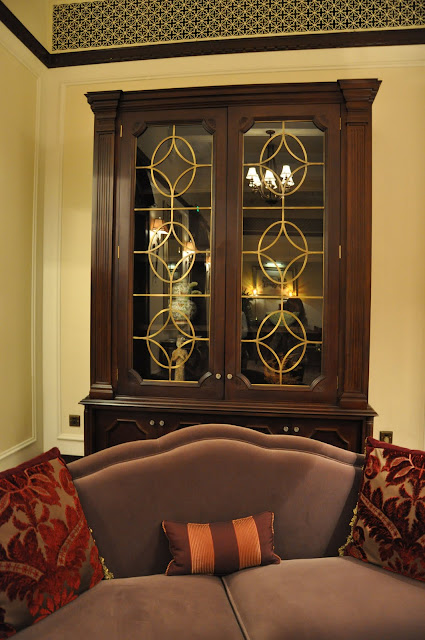 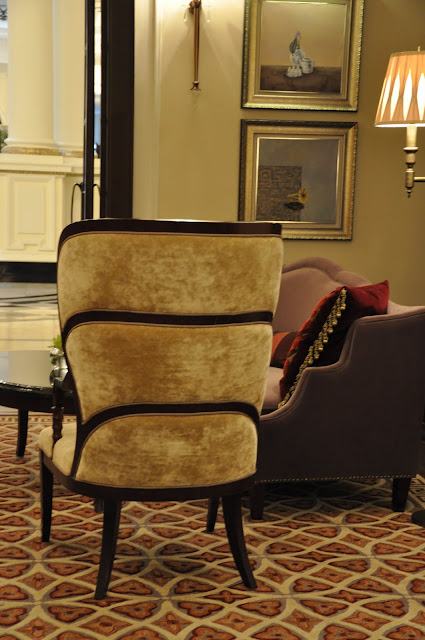 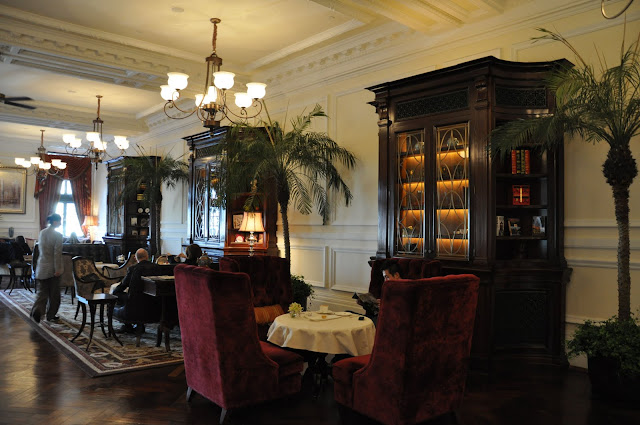 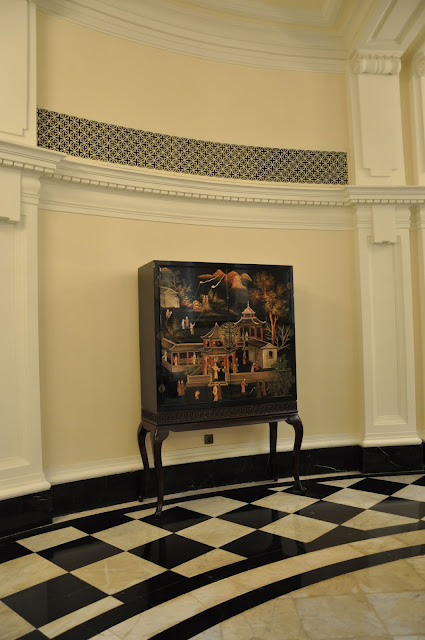 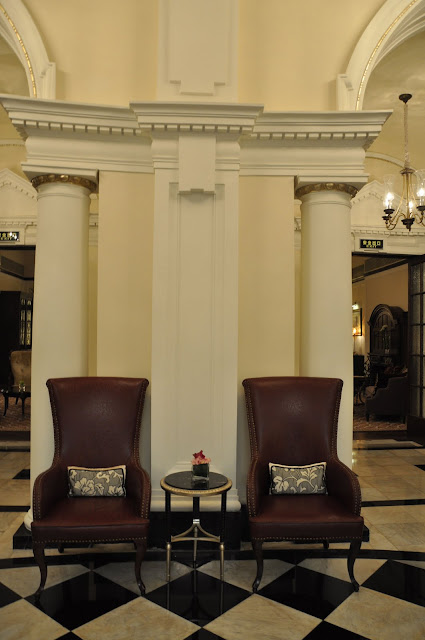 The Waldorf still houses the infamous long bar. Legend has it that the head of the bar for the movers and shakers of the time was the East end close to the river, while the West end was for the aspiring business and social climbers. With the bar being 110 feet long there must have been a large group in the middle!
Beautifully reconstructed after being either destroyed by the Japanese or completely ripped out for KFC
depending on what you read, Ian Carr the architect demanded a pure recreation of the original long bar from Burmese teak. The colours of the wood stained to match the original and all the detailing painstakingly recreated from old photographs. Mr. Carr however omitted the famous big game head collection of Arthur de Carle Sowerby.

'There are also no longer any membership restrictions. Noel Barber, in his book The Fall of Shanghai, describes how a young man sheltering from gunfire on the steps of the club when the Communists were invading the city had to be proposed by his boss and seconded by another before he could be given "temporary membership" to cross the threshold. When Thomas Lipton, the tea baron, visited Shanghai he was also not permitted to enter. "He might be a millionaire but he was still a greengrocer," remarked Mr Crow.' 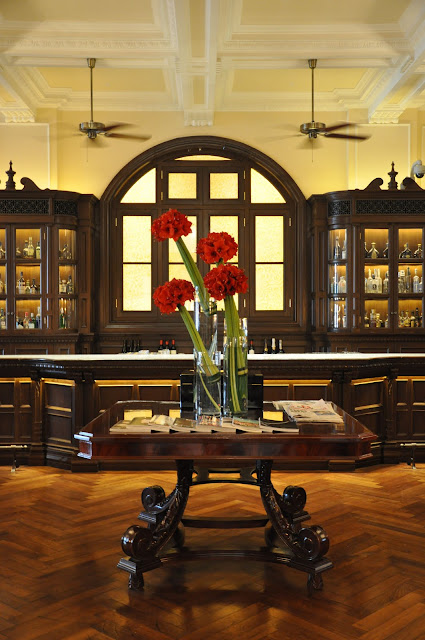 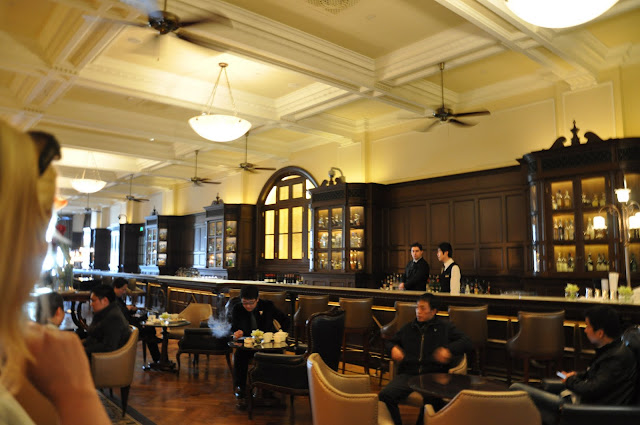 Posted by Concrete Jungle at 3:46 PM

Email ThisBlogThis!Share to TwitterShare to FacebookShare to Pinterest
Labels: Shanghai

How beautiful and the architecture is stunning...love the gate!!