The 'Governor's Mansion' Before and After

A few more notes re: The Blue Elephant and The Governor's mansion renovation in Phuket City.

A little more research brings a little more clarification to the style and the present owners. The style of architecture in old Phuket town is commonly referred to as Sino - Portuguese by most. Built during the height of the tin mining boom on the island around 100 years ago these buildings are in fact a blend of Chinese and Malay styles known more correctly as the 'Penanakan' style. When travelling throughout Singapore, Penang and even as far afield as Sumatra and Java you can see decorative details including delicate and colourful tile work that is a common signature of the style.

Nooror Somany Steppe is the heart of the Blue Elephant chain of restaurants. Growing up in a family of fabulous cooks in the Province of Chachengsao ignited her life long passion for cooking Thai cuisine. She moved to Belgium after high school to study hotel management where she met and married Karl Steppe. Over 30 years ago, encouraged by friends, the couple opened their first Thai restaurant in Brussels. The Blue Elephant has expanded world wide with 13 branches, the Governor's Mansion is the family's latest labour of love. Their son operates the Governor's Mansion at present while their daughter looks after the Bangkok operation which is also in a 100 year old mansion.

Why the Blue Elephant? Steppe's say the blue is from the Thai flag and if you ever see a blue elephant you would never forget it! 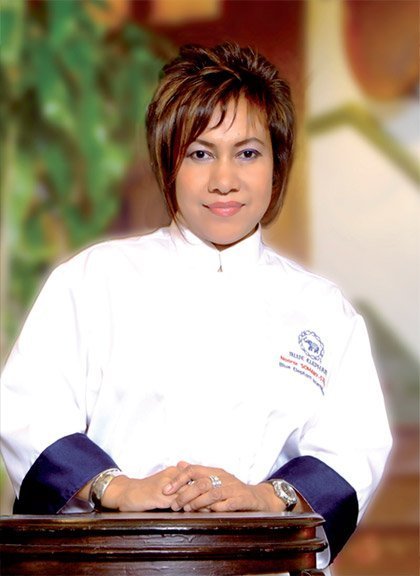 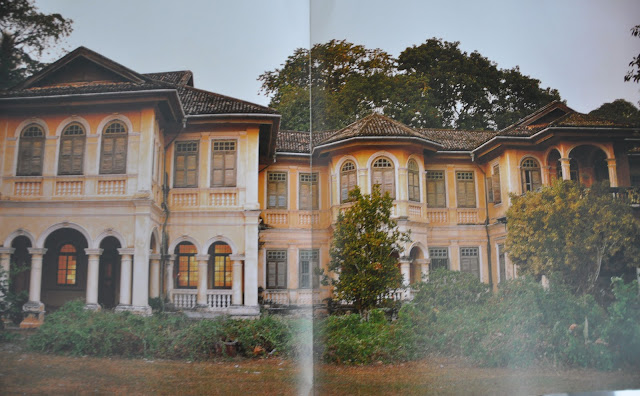 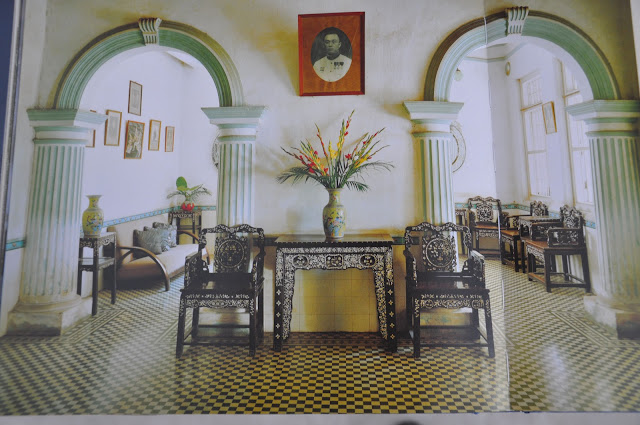 Pictures are the before.....this is the roofless kitchen!
pictures via the  book Andaman Style by Ping Amranand, the phuket observer.com and the phuket news 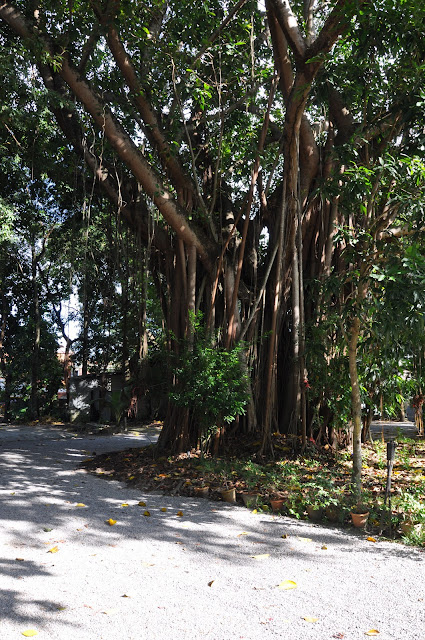 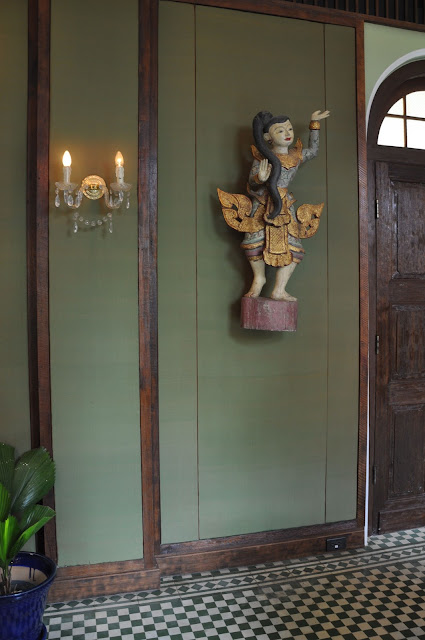 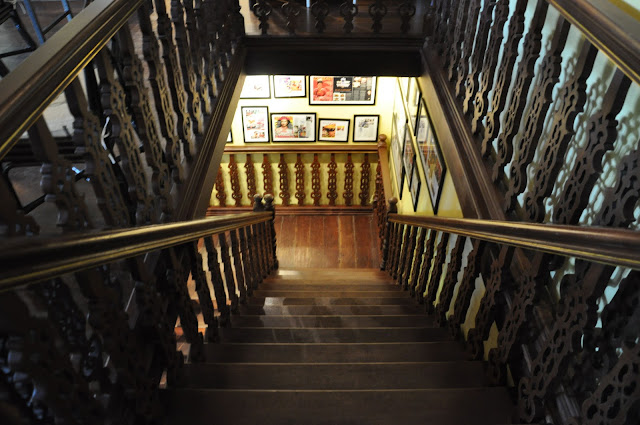 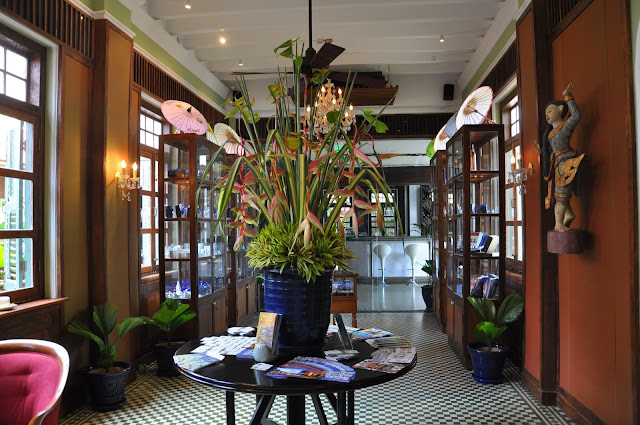 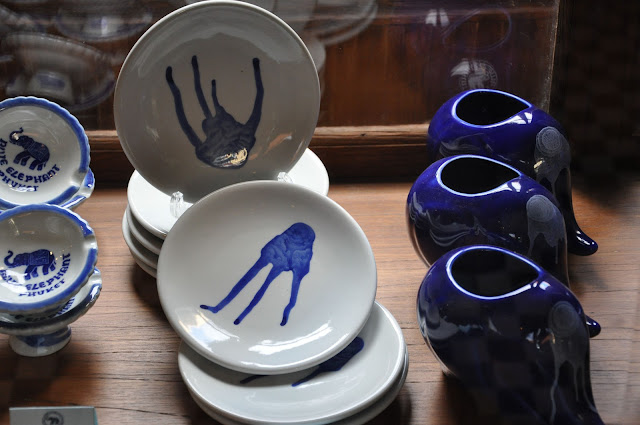 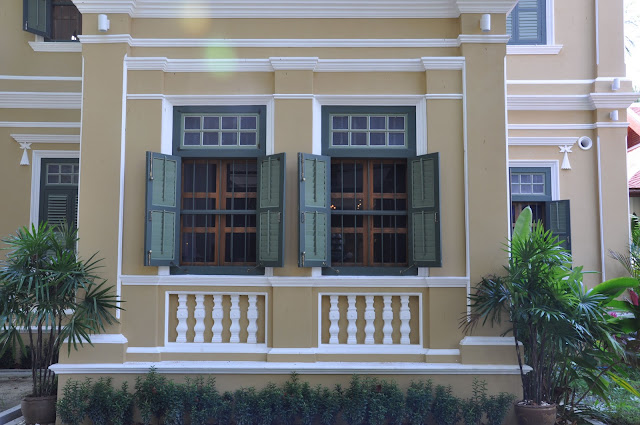 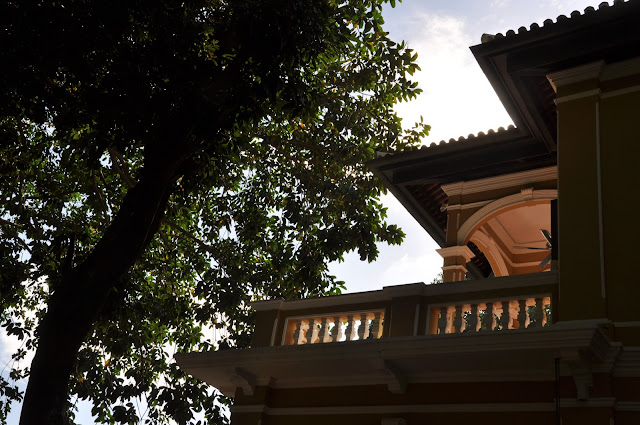 Posted by Concrete Jungle at 12:44 PM

LOVE this post! I'm going to get there someday...I've saved part of this article for future reference!
Thanks again for the award...I was going to write you about the award button change (since I was passing it off to 5 men..I felt that she needed to be tweaked!) I did send her to them in an email, and gave them the choice.
Have a great week! k

Heather how wonderful. I love to see the changes made in renovations!Your life is wonderful.

Be sure to enter my amazing Giveaway from Splenderosa!

Gorgeous restoration!
And I love the name "Blue Elephant".

Thank you for this series on the restoration of this wonderful and handsome building. The restoration looks to be of very high quality, and respectful, too, of the house's original design without being slavish to it. I love the juxtaposition of the modern with the antique. And great photos, too! Thanks, Reggie