A fabulous original piece of palace architecture in Myanmar, saved through an odd set of circumstances.

Originally part of the Royal Palace of Amarapura this special building was moved to be included as part of the new royal palace scheme that King Mindon built to enhance his new capital city of Mandalay in 1857.  Reconstructed as part of the king's private apartments it was said he spent many hours meditating in the building.

After King Mindon died his son felt the building was haunted by his spirit and he had the building moved to it's present location outside of the palace grounds and converted to a monastery. King Minton's teak palace was heavily bombed and completely burned during WWII as the Japanese were head quartered here. Miraculously this one original section of palace survived due to superstition.

Once glowing in gold leaf it would have been an amazing sight. Incredibly detailed carvings apparently  directed by an Italian master carver mix an odd touch of Christianity with Burmese mythical figures. 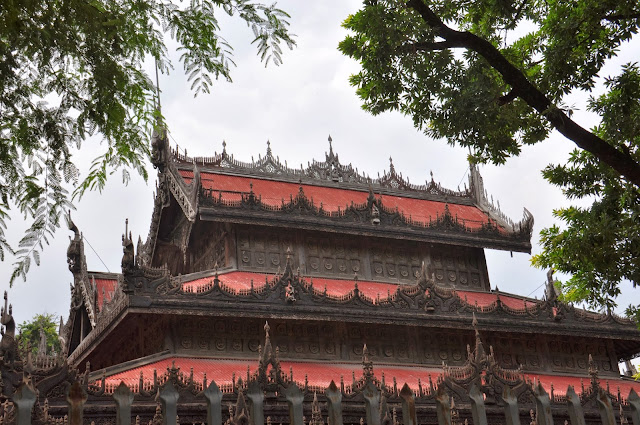 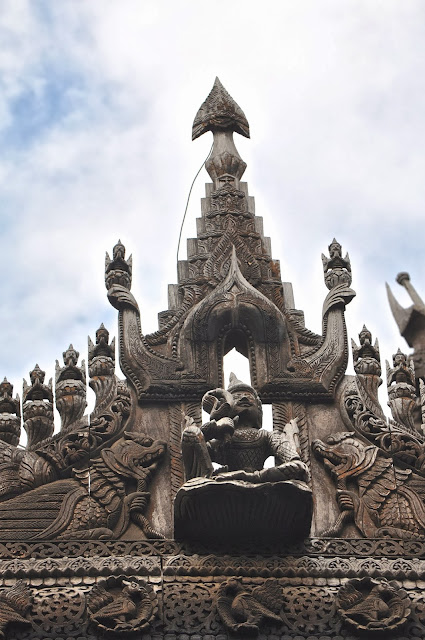 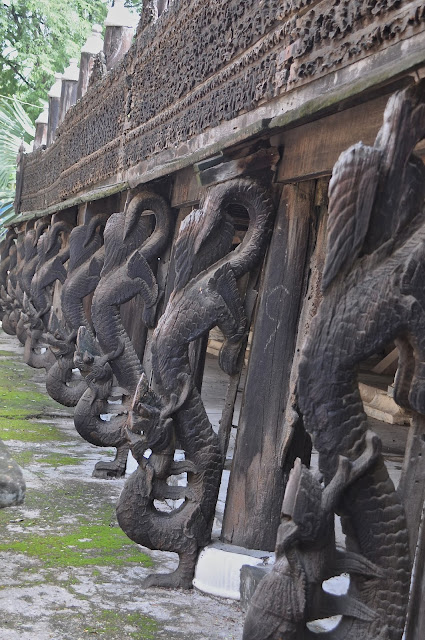 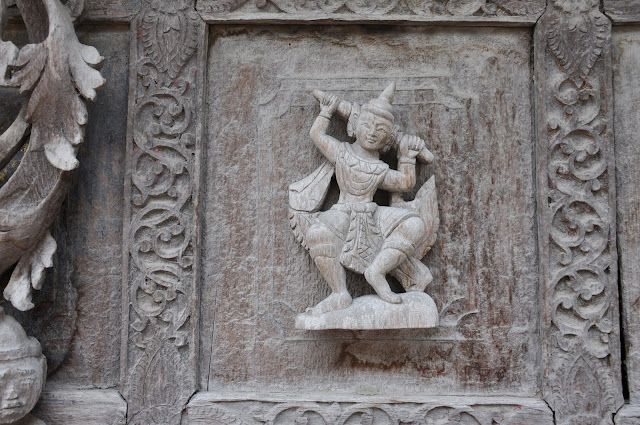 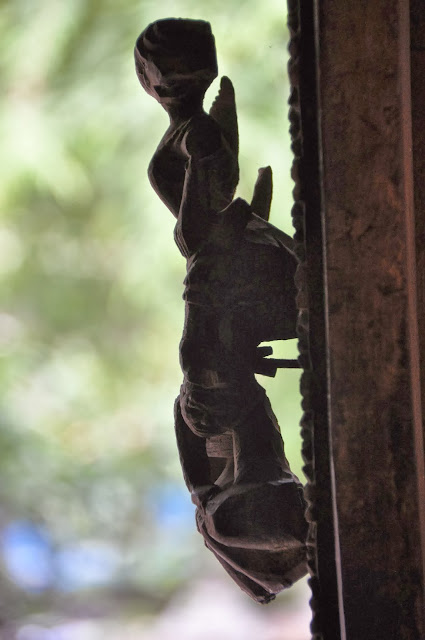 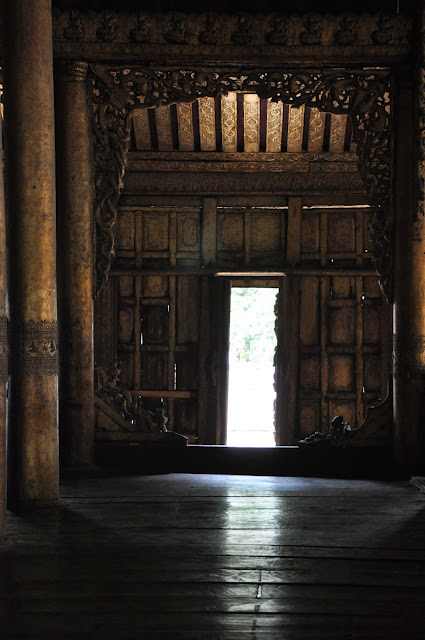 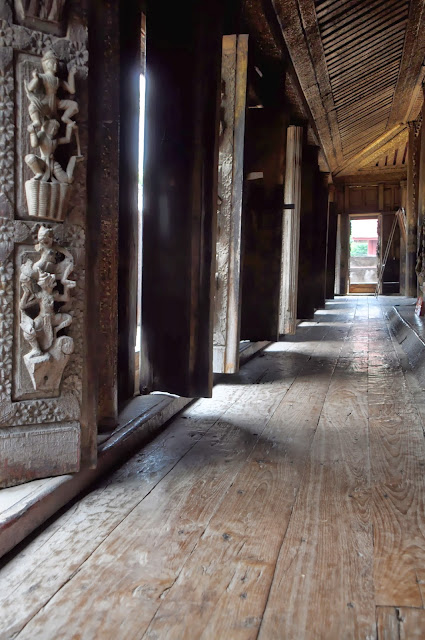 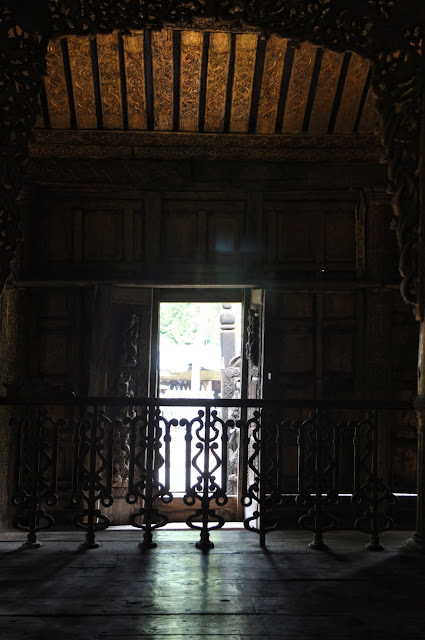 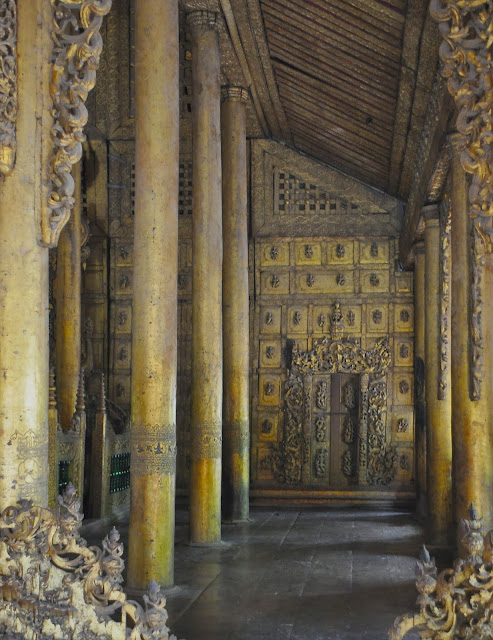 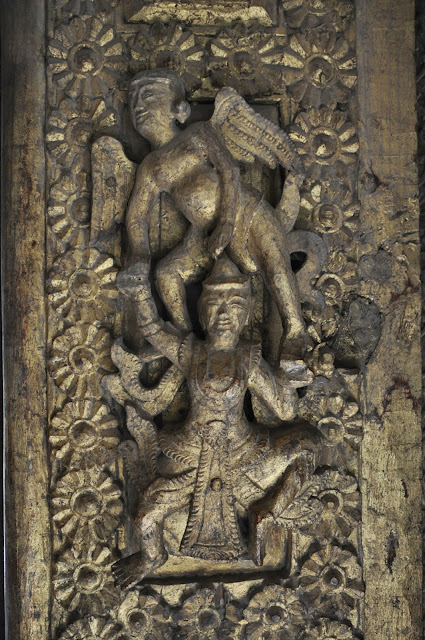 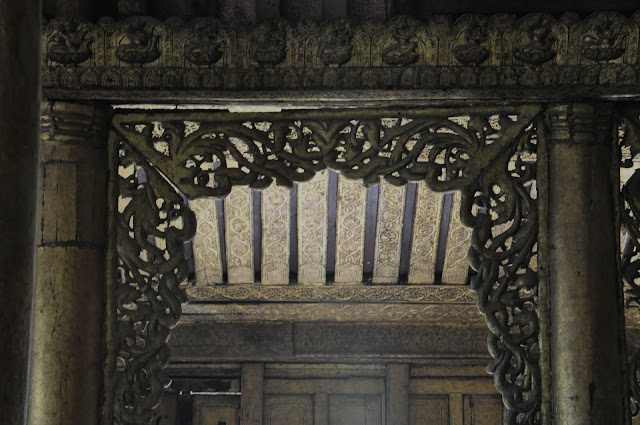 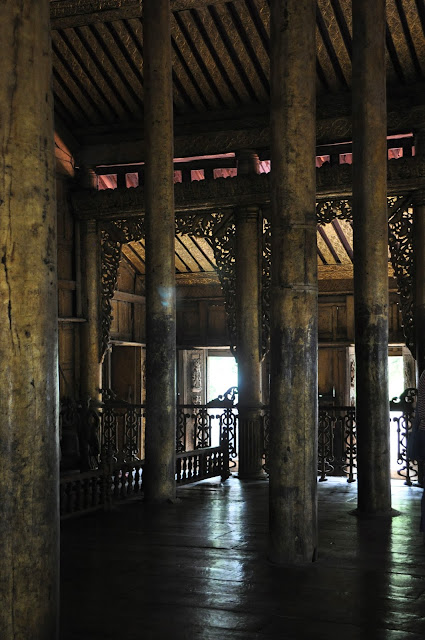 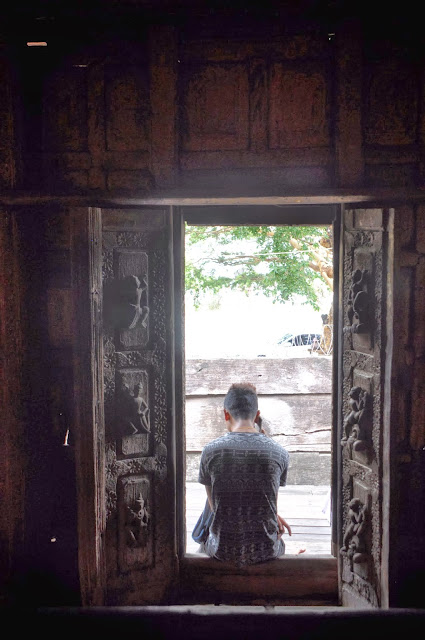 Posted by Concrete Jungle at 2:50 PM