Sir Edwin Lutyens.... 1869 - 1944 - How have I never recognized him as the man behind the Lutyens garden bench? One of the classics everyone would love in their garden. ( right Ivor?) 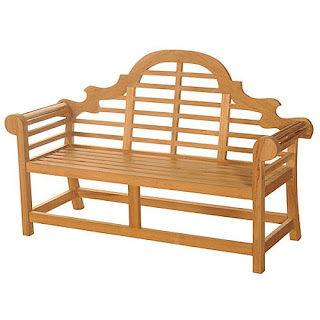 It appears from research the architect Lutyens designed fully in the same spirit of Charles Rennie Mackintosh and Frank Lloyd Wright, creating projects that included all the interior furnishings and lighting fixtures, although sadly none of his interiors survive intact today. Early Lutyen's works were influenced by the Arts and Crafts movement but he later moved into the classic monumental as the scope of his projects expanded to such major assignments as the Viceroy's House, New Delhi.

His grandaughter Candia Lutyens now runs a bespoke company that reproduces his original designs from furnishings to lighting....ABSOLUTELY UNIQUE! Fabulous original lighting, charming nursery lights etc. I can't believe I haven't seen a magazine/blog promoting what looks to be a very unusual, creative and wonderful design company....a quiet Brit secret? Guess where the lights come from in the fabulous and famous The Blue Bar in Berkeley Hotel's Knightsbridge...? 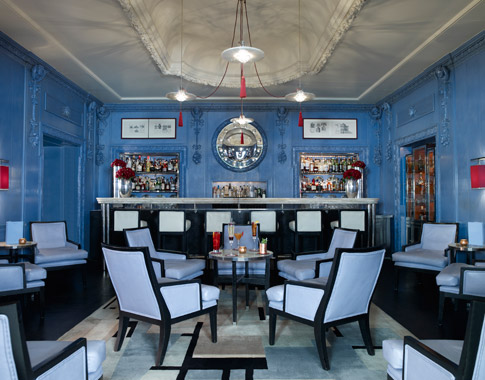 Lutyens Furniture and Lighting  - Visit the site and be inspired, charmed and tempted!

Further browsing the web after reading about the design of the Imperial Hotel, New Delhi and enviorons what did I come across for sale? but, one of Lutyen's early residential projects of 1903,
Little  Thakenham... now for sale in West Sussex England.  The Thakenham bench, now commonly known as the Lutyen's garden seat was originally designed for this very property by Sir Edwin.

This quintessentially English Manor home called 'Little Thakeham' was designed for a brilliant amateur gardener, Ernest Blackburn. He had Lutyens design the general landscaping layouts for the estate which he then followed. The home built in 1903 is heavily influenced in style by the Arts and Crafts movement, happily Grade 1 listed, it can be yours for 5.5 million pounds sterling - the realtors Knight Frank. The 7 to 9 bedroom house is  beautifully maintained with 'to die for' English gardens that have been featured in The Times and The Daily Mail.

Historical note
‘The best of the bunch’.......this was how the eminent British architect
Sir Edwin Lutyens once described his creation of Little Thakeham.
For with Little Thakeham he had designed a Country Life dream......
an old, mellow, romantic Elizabethan manor house, nestling on the
edge of the South Downs, surrounded by enchanting, landscaped
gardens, and with delightful views.
For its beauty and its simplicity, the house, throughout its history,
has featured consistently in Country Life and other magazines, and
in many books written about the life and times and achievements
of Lutyens, recognised as one of Britains leading architects. It is
without doubt acknowledged to be one of the best examples of
Lutyens phenomenal work, and not just of significant architectural
importance, but is truly a work of art.
The story of Little Thakeham is complicated and mildly scandalous.
Ernest Blackburn, a country gentleman and gardener, originally
commissioned J Hatchard Smith, a London architect in 1901, to
build a country house. Blackburn found he did not care for the brick
and timber house that was rising, and thought it a large blot on the
beautiful landscape. Through Gertrude Jekyll, he was introduced
to Lutyens, who was building his reputation on designing houses
in the vernacular style. Lutyens came down to the site and advised
that the house should be pulled down and that a house of local
Pulborough rock should be built instead. Hatchard Smith was
paid off, and Lutyens engaged, but a furious public row ensued,
to the point that Hatchard Smith accused Lutyens of professional
misconduct, a charge later exonerated by The Royal Institute of
British Architects.
Inspired by the enchanting surroundings and views, Lutyens created
at Little Thakeham a simple and elegant country house, combining
vernacular Tudor with the Grand Manner, with wide bays and
a south facing oriel window. Soft light pours in from tall stone
mullioned windows, wide honey coloured oak planks blend with
the mellow stone walls, and beautifully crafted iron door latches
open polished oak doors into elegant and comfortable rooms
with delightful views over the colourful well stocked gardens and
landscape.

.....this summer would be perfect here. 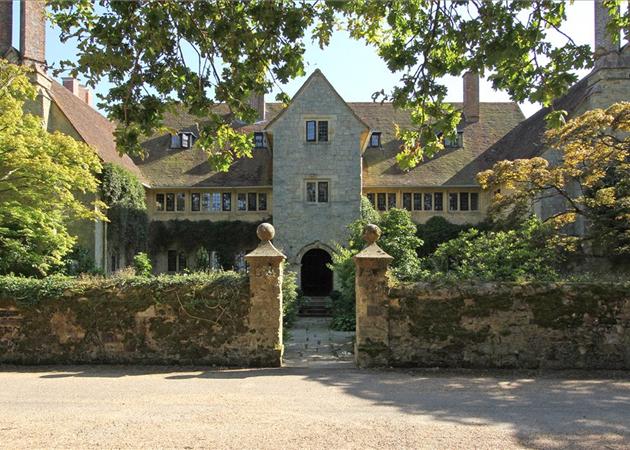 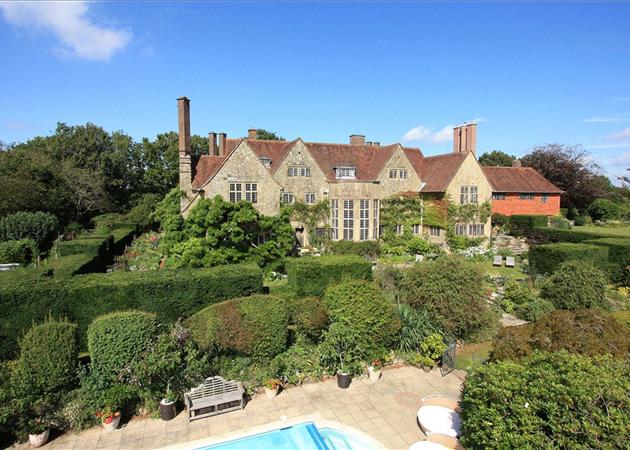 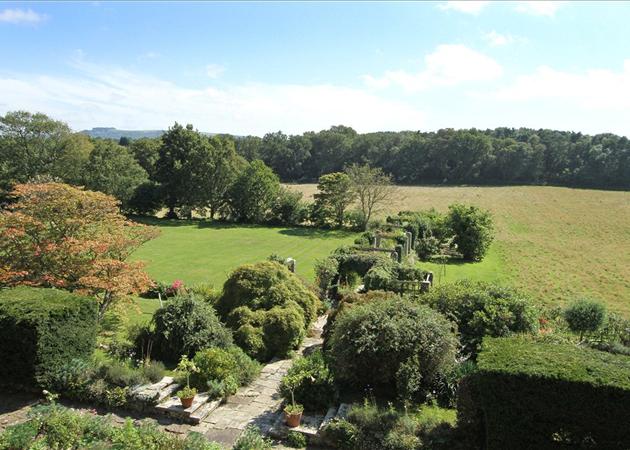 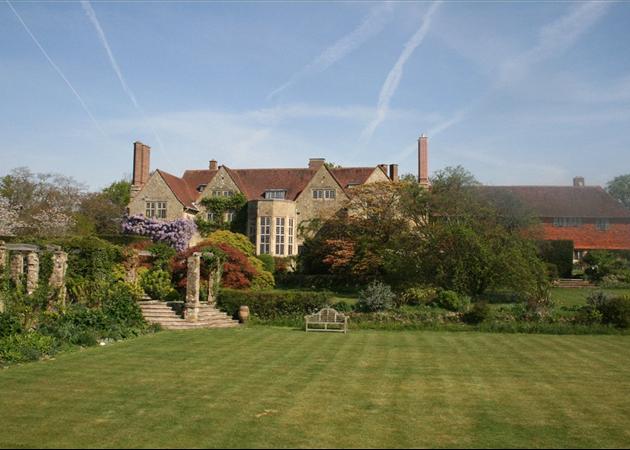 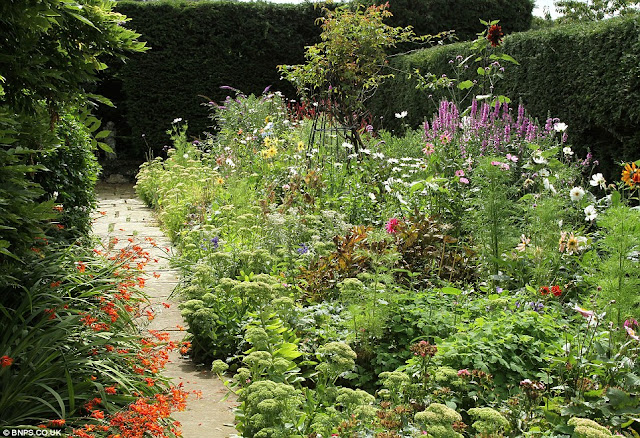 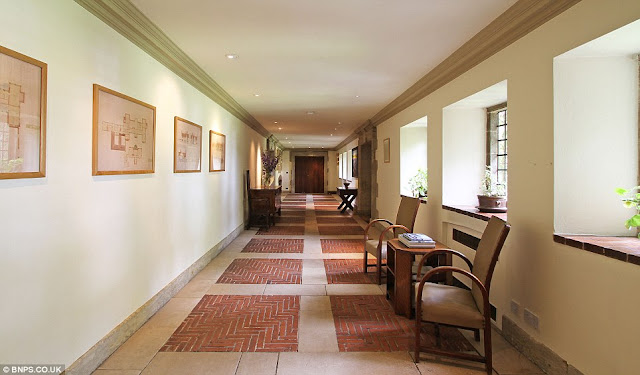 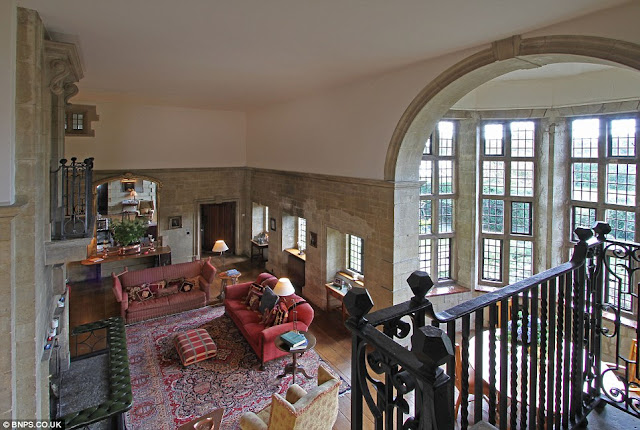 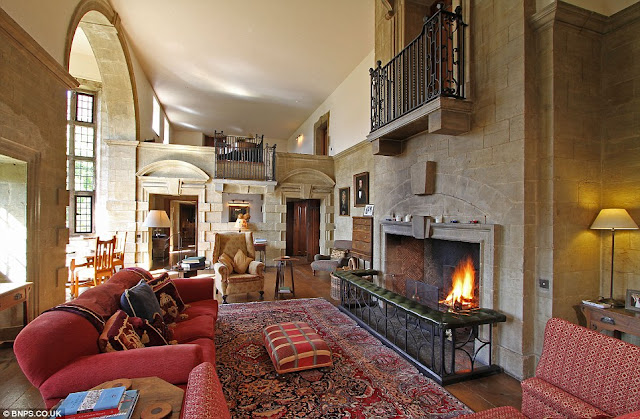 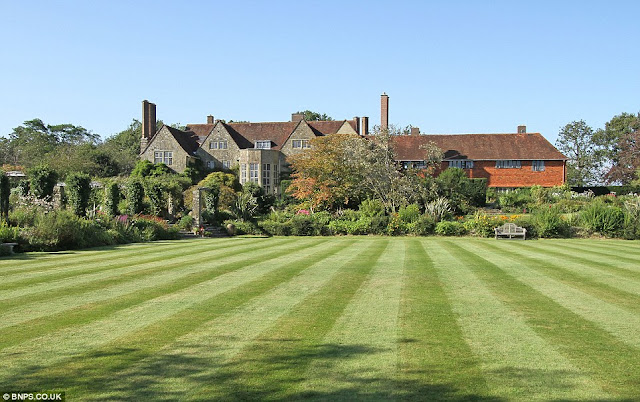 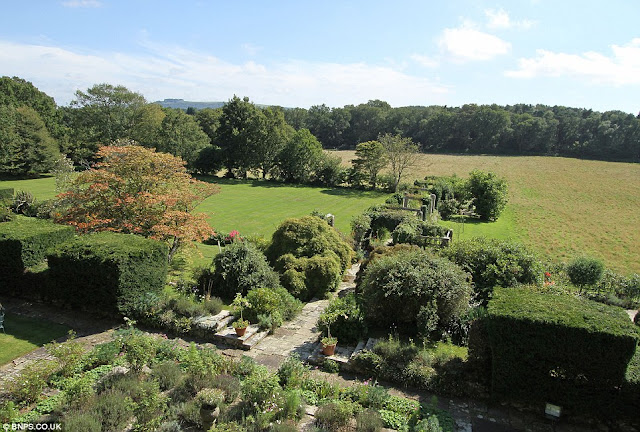 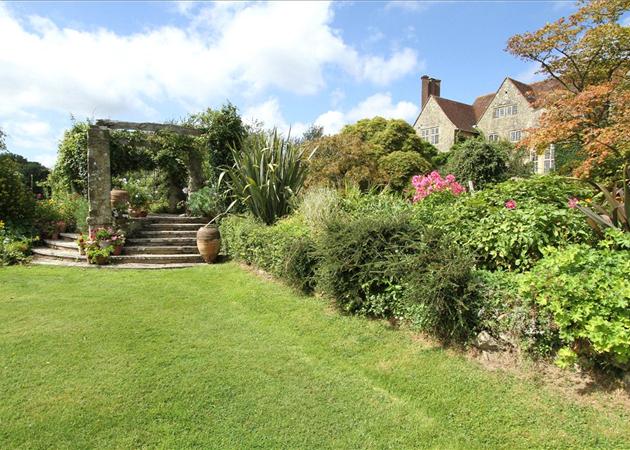 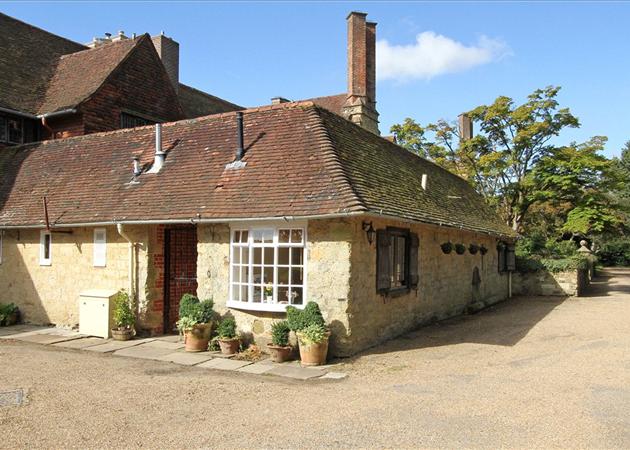 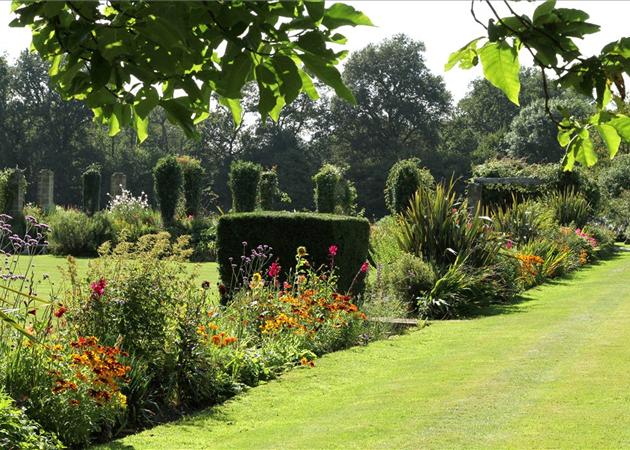 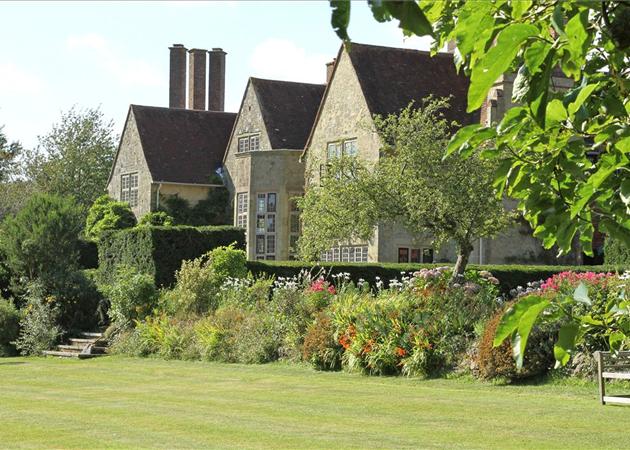 Posted by Concrete Jungle at 8:03 AM