Imagine walking this street and then peaking through the doorway that leads to some of the pictures of rooms in my last post at Palazzo Nicolaci di Villadorata. 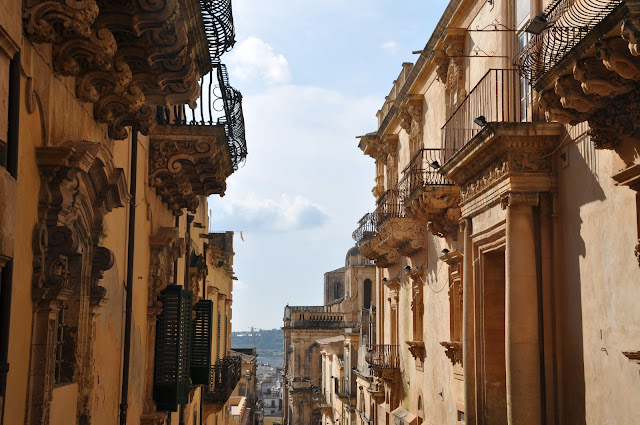 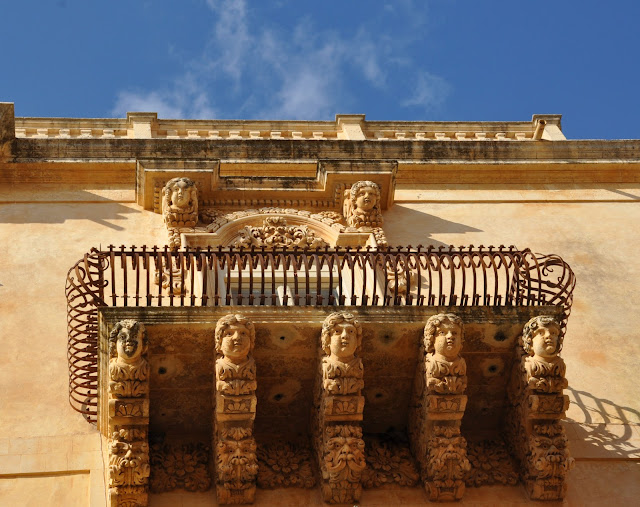 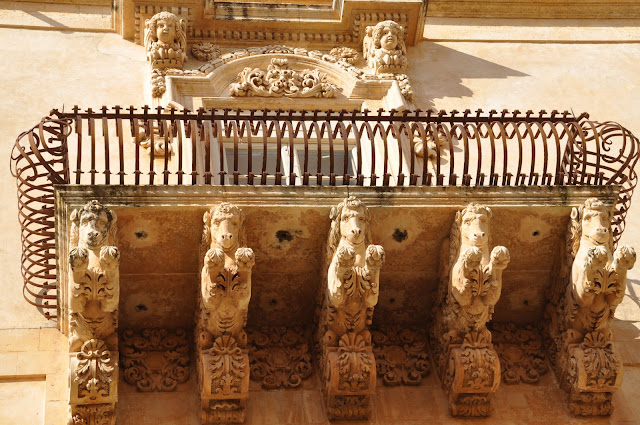 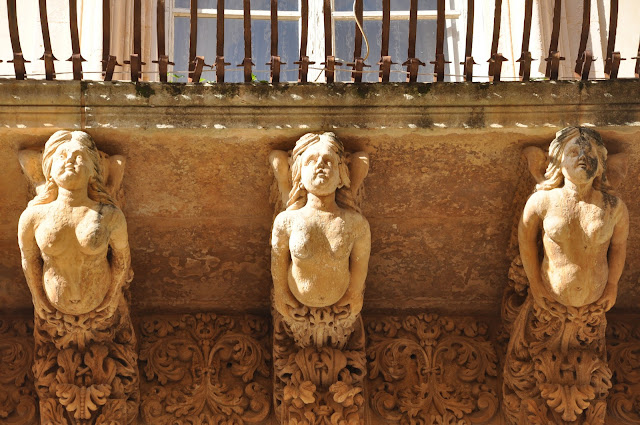 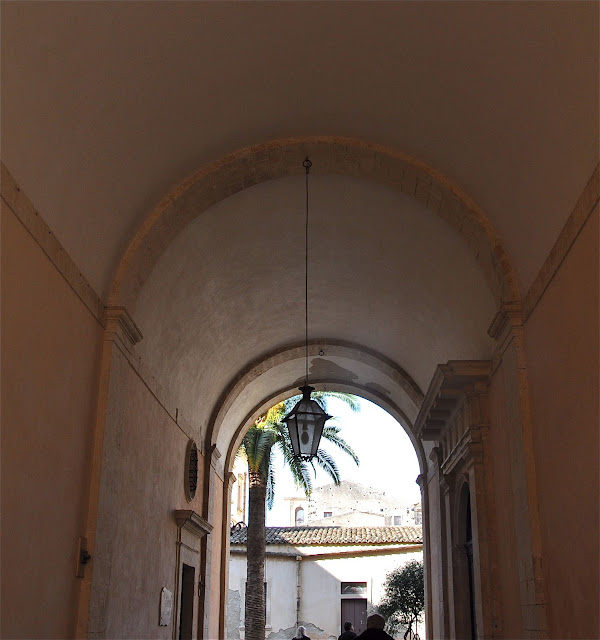 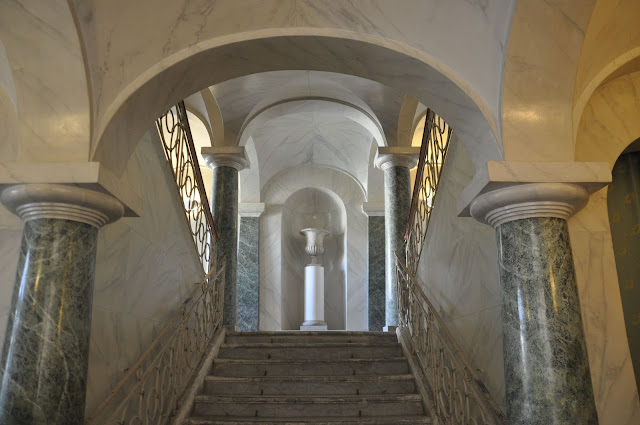 The town of Noto was rebuilt in full baroque exhuberance after a devasting earthquake in 1693.
This palazzo was built by Giacomo Nicholacis starting in 1739. Giacomo was a remarkable man, he spoke nine languages, he was an expert astronomer, mathematician, and a Prince of the Noto Accademia dei Transformati. A well travelled aristocrat of the era his architectural tastes were heavily influenced by a visit to Montpellier, France.

The famouse balcony corbels all have distinct meanings from warding off evil to encouraging prosperity.

Posted by Concrete Jungle at 11:49 AM