Of all the spectacular public spaces in the hotel the Grand staircase may be considered the 'piece de resistance'. A sweeping double staircase lit by three stories of gothic shaped leaded windows ending with a Giottoesque painted groin vaulted ceiling, truly is the height of Victorian interior design. 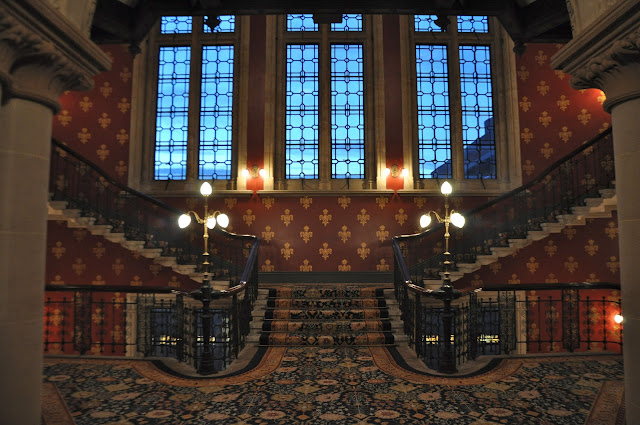 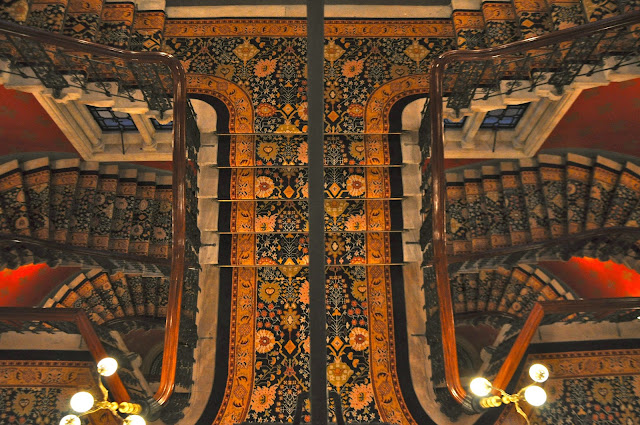 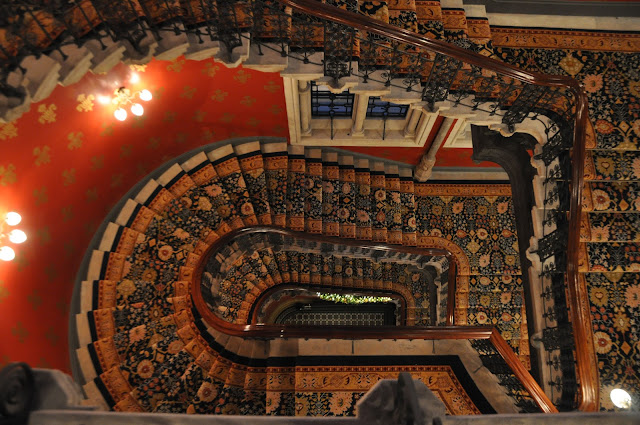 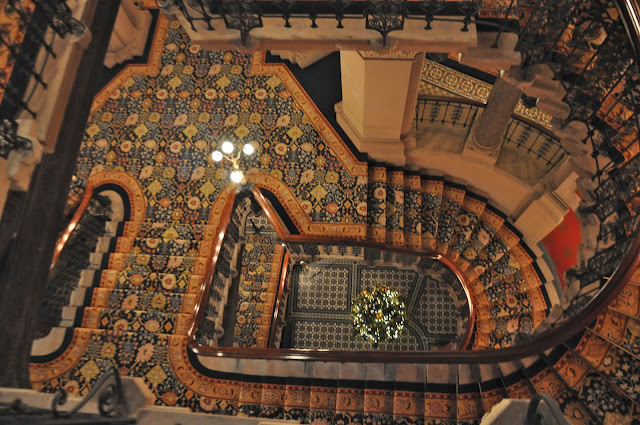 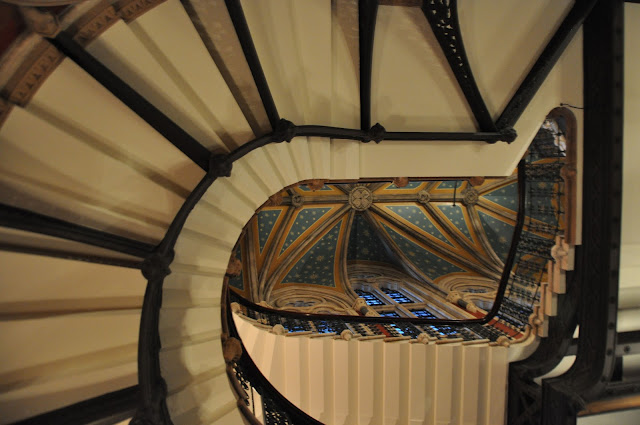 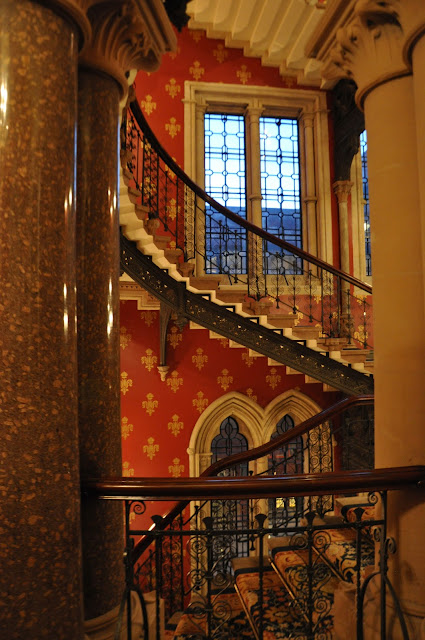 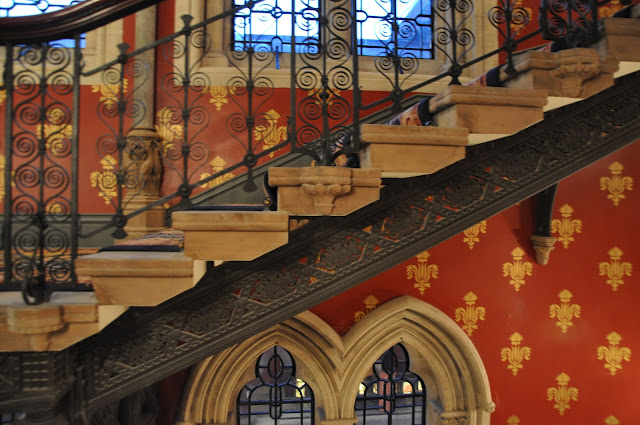 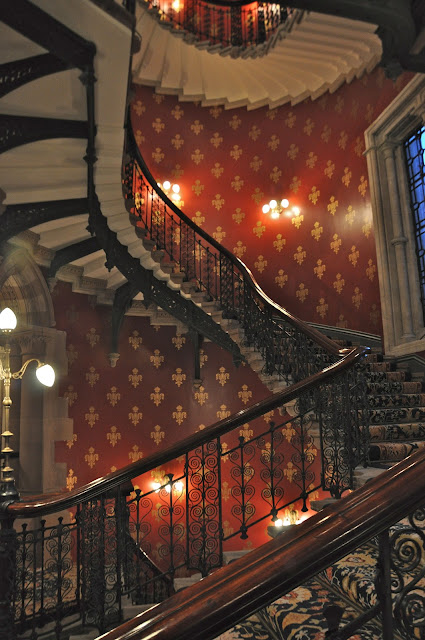 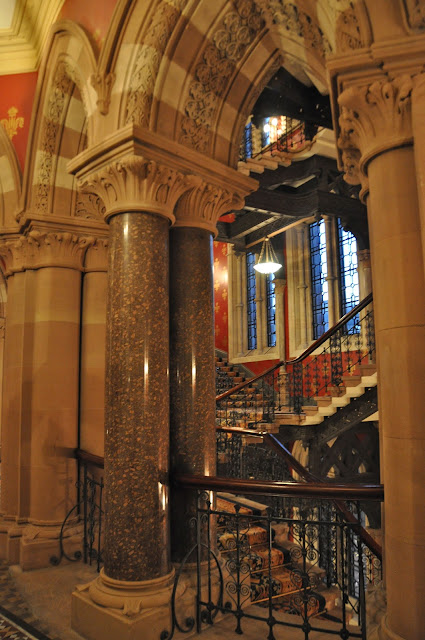 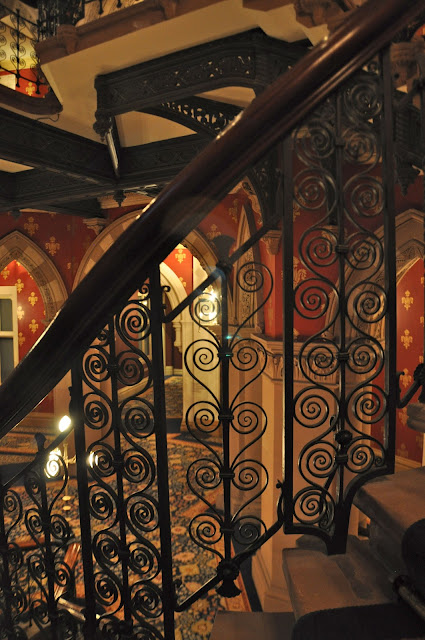 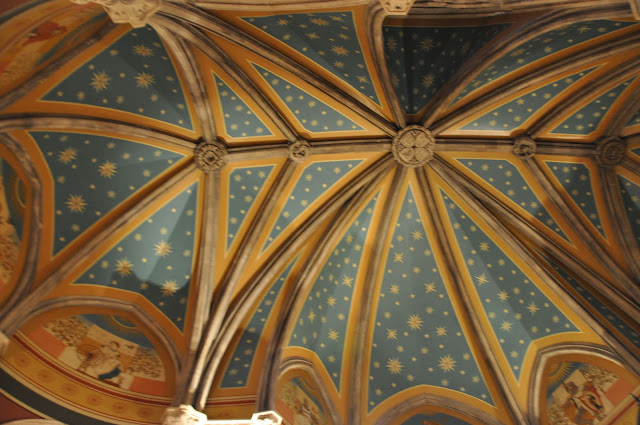 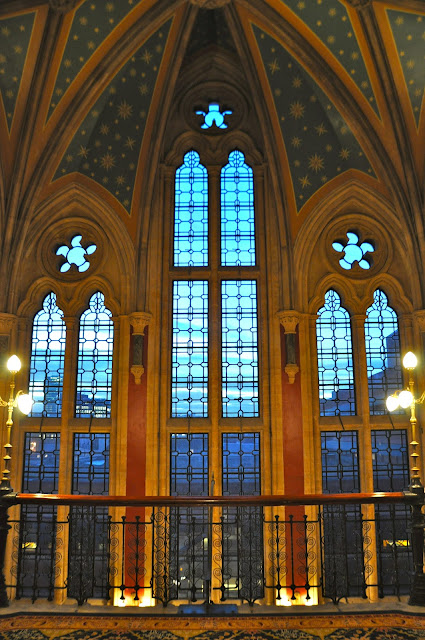 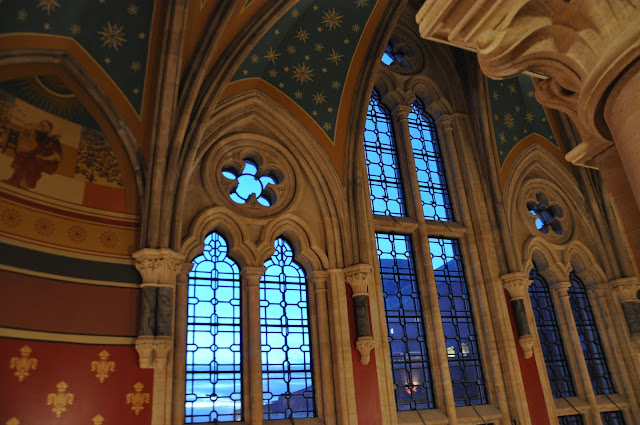 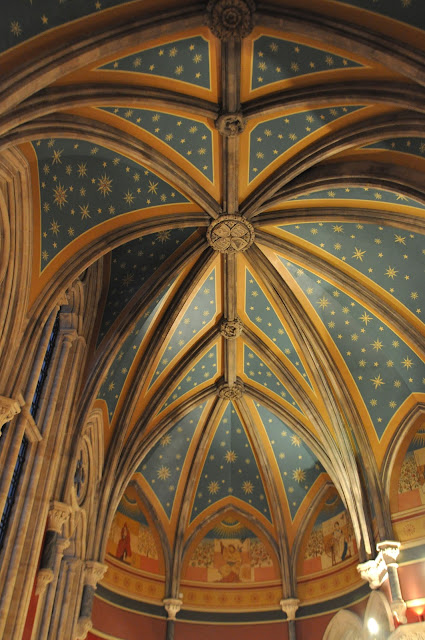 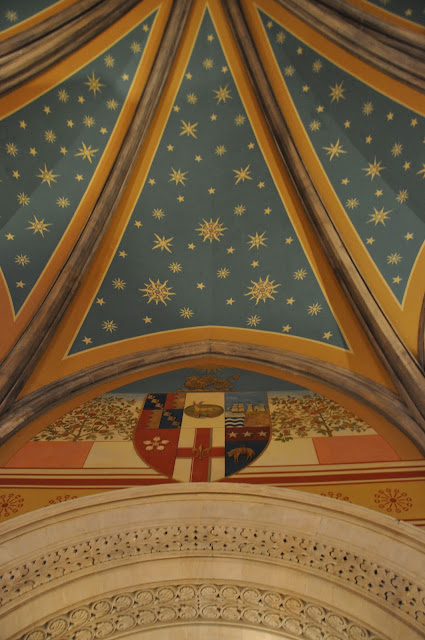 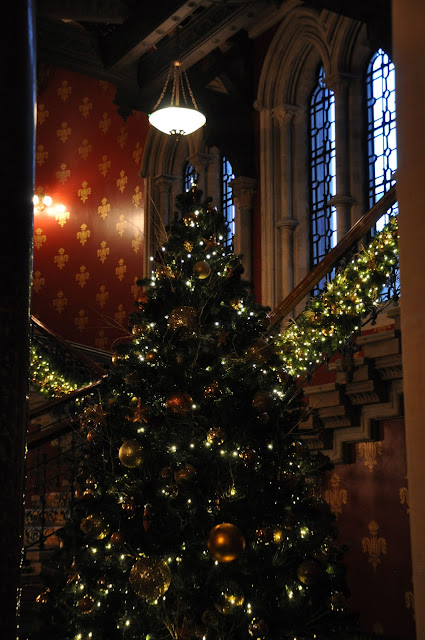 Posted by Concrete Jungle at 4:59 AM