Phuket Catching Up and Continuing...Falaknuma Palace

My excuse for an absent January...life....and oh yes my beloved mac wanted the month off and took it!

So here goes as promised, pictures and a little background of the wonderful Taj Falaknuma Palace which today still reflects the glories of the Nizami period of Hyderabad.

When Falaknuma was built Hyderbad was a prosperous princely kingdom in India the size of Great Britain. The first Diwan or prime minister, Sir Sala Jung followed the revenue systems of the British. Managing the state from 1853 he had created a politically stable, wealthly and relatively independant state by the last decades of the century.

The man who commissioned the building of this particularly wonderful palace was Viqar ul Omra, a Diwan or prime minister married to the sister of the 6th Nizam. At this time it was customary for nobles of the Indian courts to travel to Britain and Europe. Viqar ul Omra spent eight months in Great Britain and Europe  in the year 1882, even being entertained by Queen Victoria. When he returned to Hyderabad inspired by European architectural styles he choose to create the grandest Neo - classical palace, Falaknuma ' The Mirror of the Heavens'.

From a dining table that seats 101, to a billards room that could be in a gentleman's club in London, a library ceiling based on Windsor castle's to the requisite ballroom Falaknuma Palace has it all. Wait till
you see the ladie's gossip room! 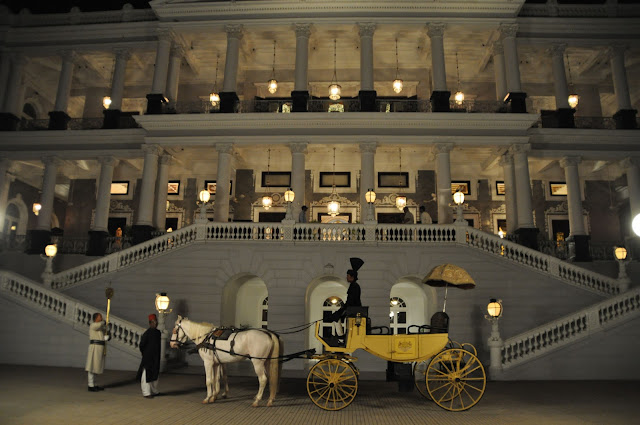 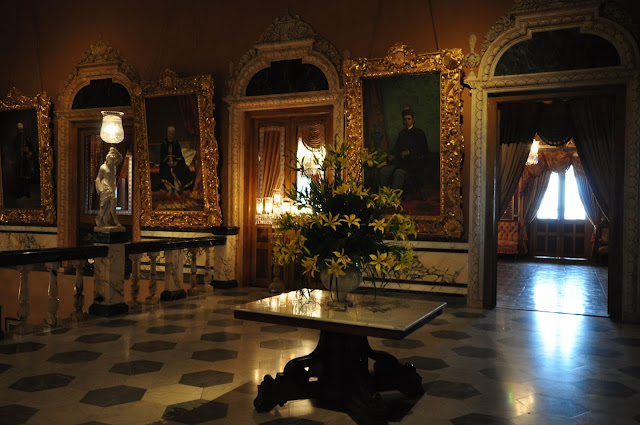 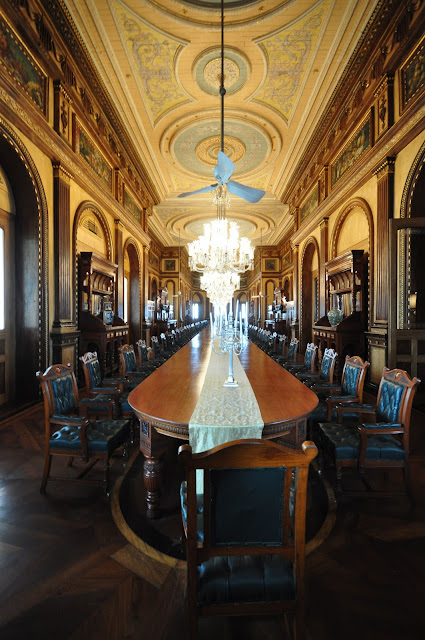 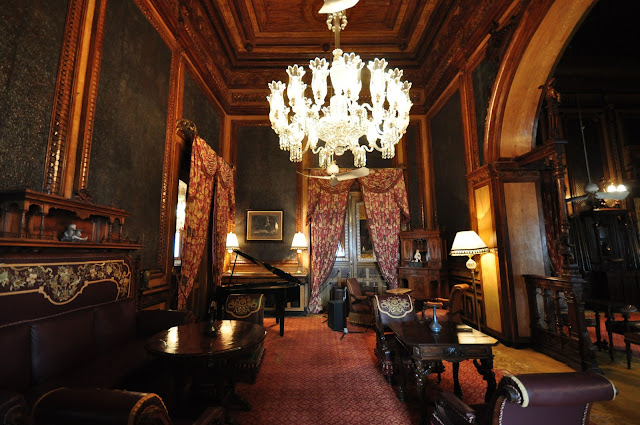 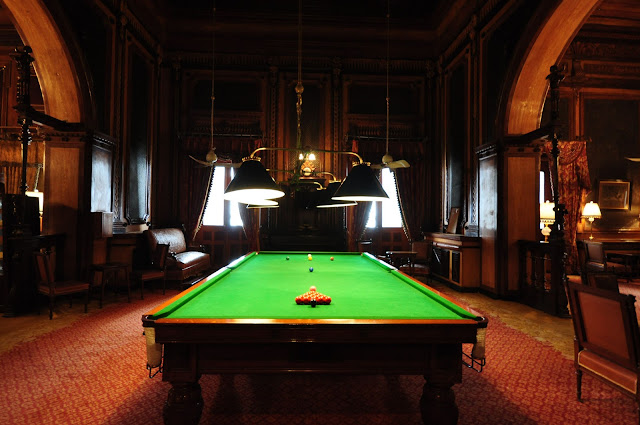 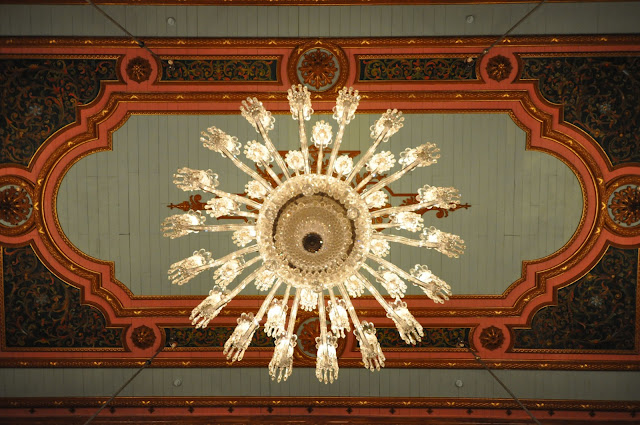 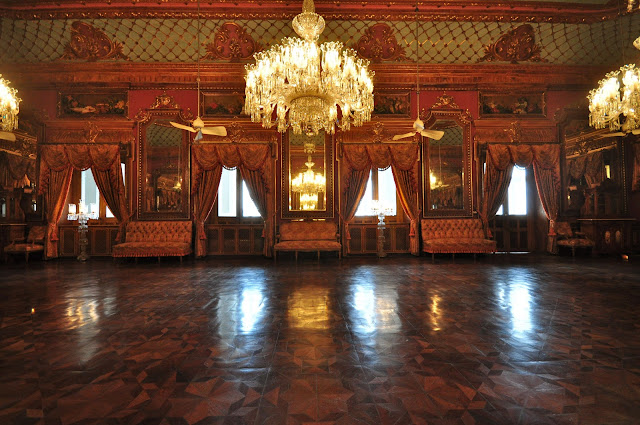 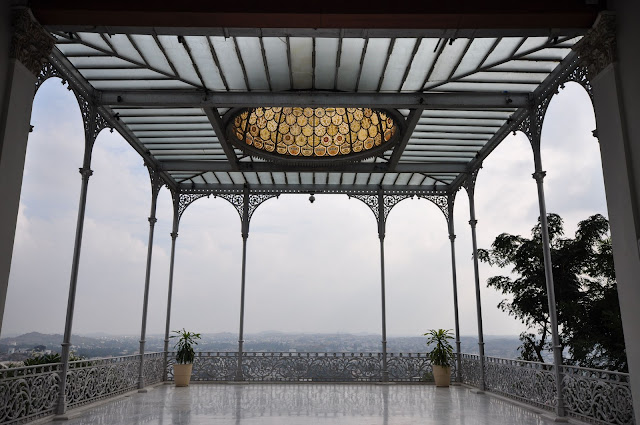 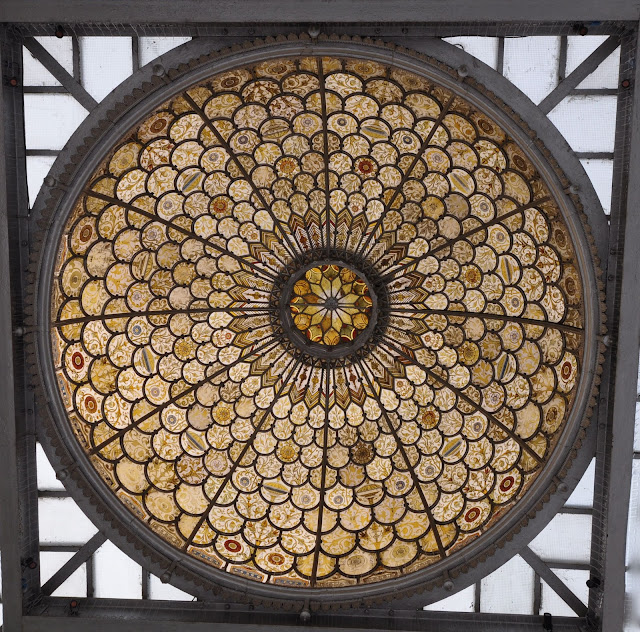 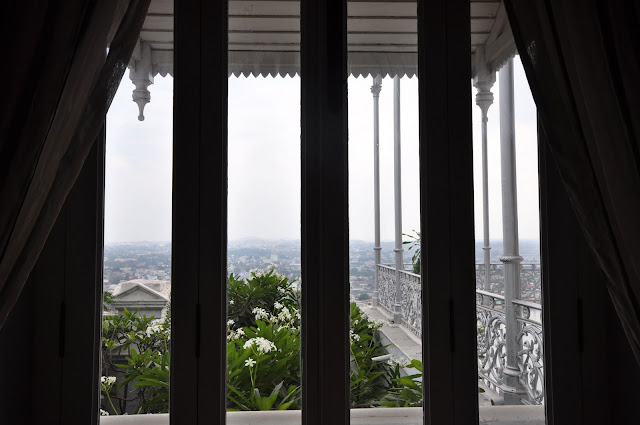 Posted by Concrete Jungle at 4:15 PM

I love this style, I'm so happy that they've left the original look and not tried to chic it up.

Wow! Incredible. Thanks for the peek.