More of Jim Thompson's garden and  home..... and some tidbits.

a)  It only takes 7 years for a tropical garden to be fully mature.


b) Jim built his home from antique houses found north of Bangkok in the ancient city of Ayutthaya once part of a realm streatching across the region from the glorious Angkor Wat dating around 900 AD.
The buildings he resurrected  for his wonderful home date from the eighteenth century.


d) At the time he built his home  (1957) it was in a village on a hectare of land on the outskirts of Bangkok directly across the klong (canal) from his weavers this way he could monitor the production and quality of the silk produced.


e) Jim was a graduate of Princeton, an architect, a member of the OSS, co founder of Jim Thompson silk and centre of the expat Bangkok society before his mysterious and still unsolved disappearance in the Cameron Highlands of Malaysia in 1967.

'Most weaving families had abandoned their traditional livelihood in favour of other skills, and the few that remained were scattered and unorganised, regarding weaving as an auxiliary source of income at best. None were engaged in the trade full-time. Only in one locality -- an impoverished canal-side district known as Ban Krua -- could Thompson find a community of weavers still living in proximity to each other. To his surprise, in a country which is overwhelmingly Buddhist, the Ban Krua weavers were Muslim -- a fact which helps to explain the community's survival. Requirements of worship, dietary rules, and long-established family links had kept the weavers living side-by-side, albeit most of their looms had fallen silent.

Excited by his discovery, Thompson began to visit Ban Krua on a regular basis, making friends with the weavers and learning all he could about the silk industry. He soon discovered that the people of Ban Krua were Muslim Chams, the descendants of prisoners of war captured in Cambodia more than a hundred years before.' 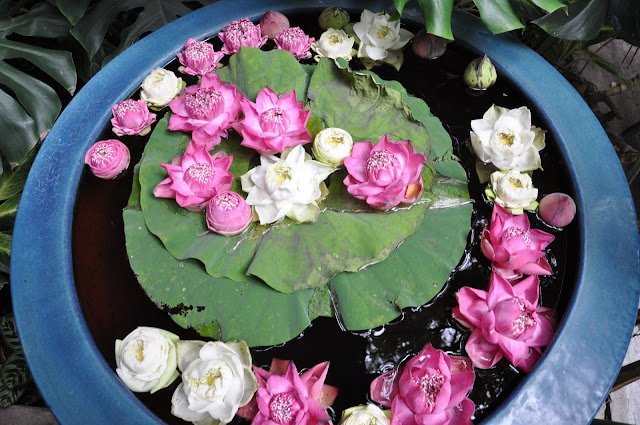 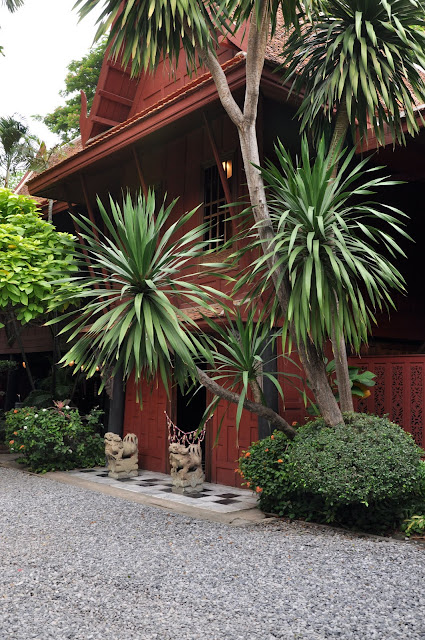 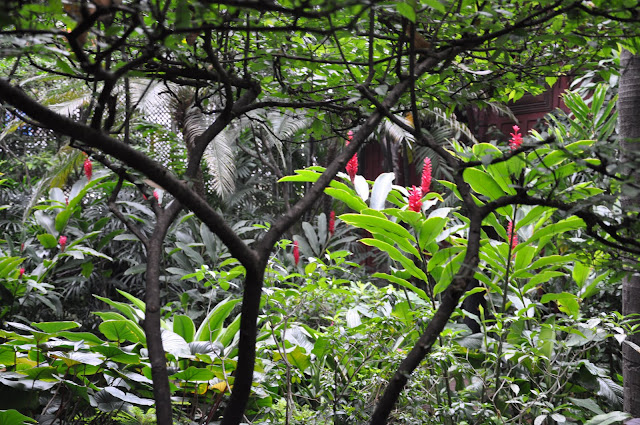 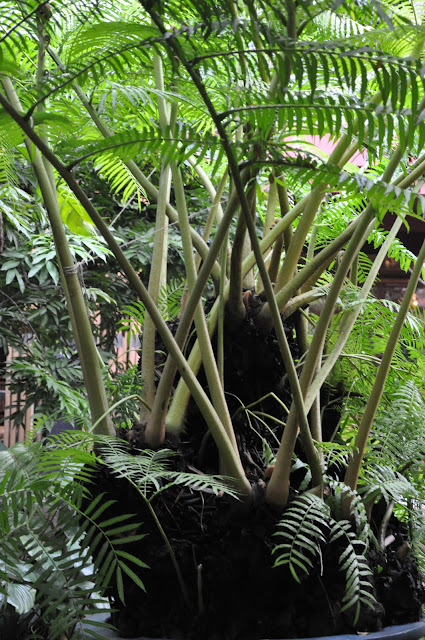 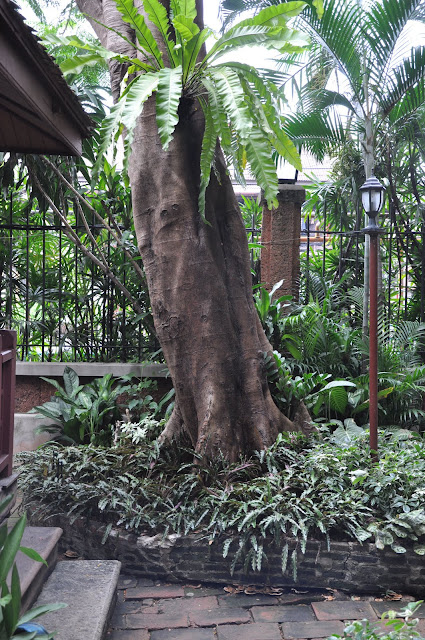 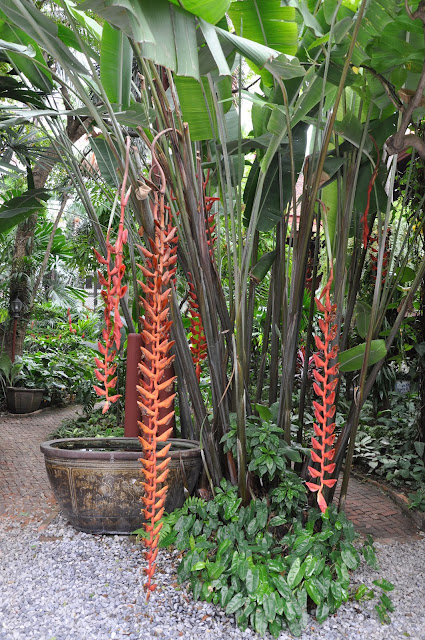 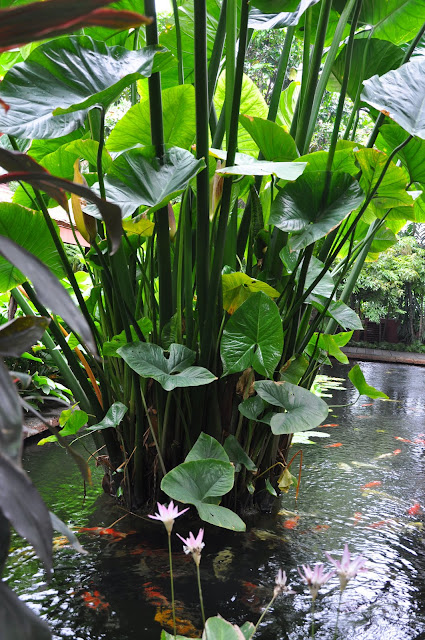 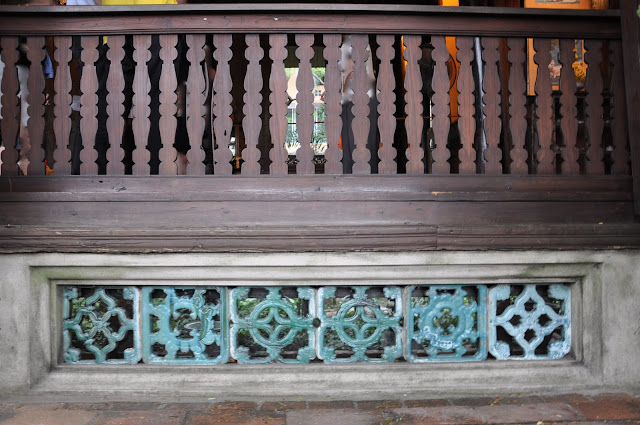 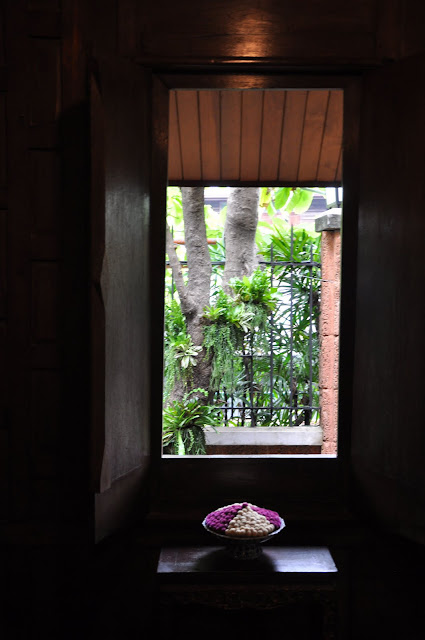 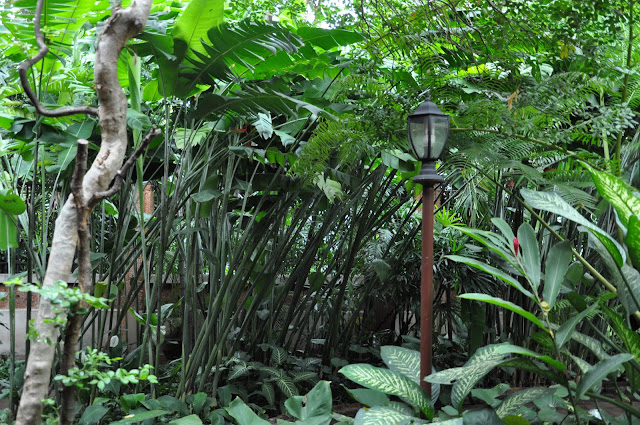 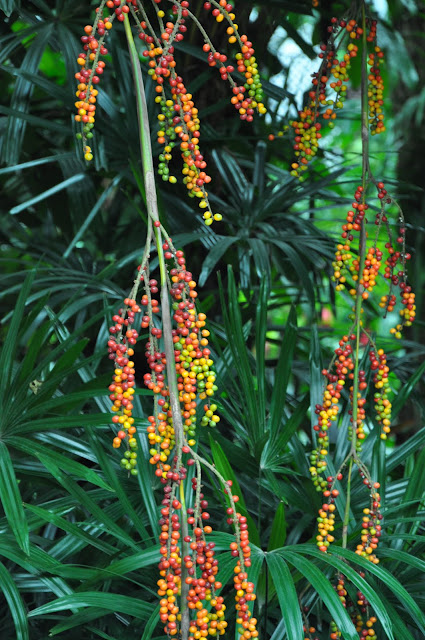 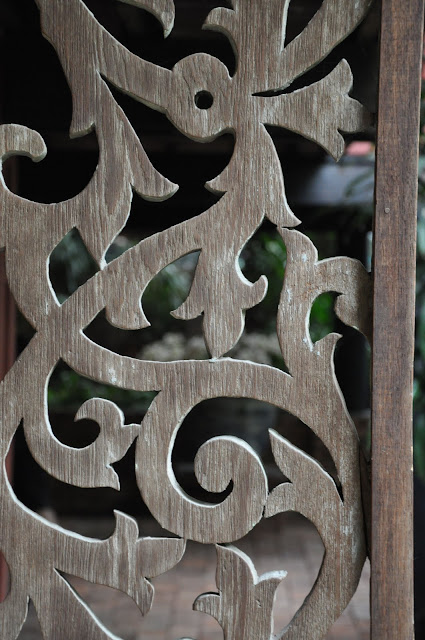 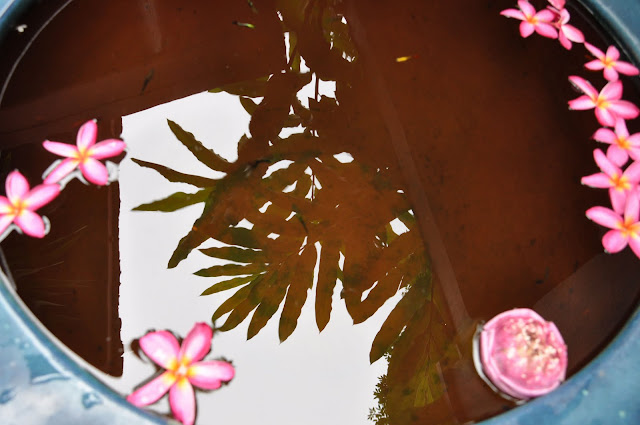 Posted by Concrete Jungle at 9:47 AM

Hello Heather:
How very luxuriant and beautiful this garden looks.

For us, the closest we come to anything like this is in the hot houses of Kew Gardens. The real thing is very much more impressive.

Such a beautiful and informative post--thank you!

Such interesting info. I used to specify Jim Thompson silk in the 80's, when I first started my design career. We knew when we used his silks they were the best quality with the most beautiful colors. So nice to see photos of his home.

Extraordinary... and you get to visit it! It's fun to see the flowers growing in a home setting. We use a lot of tropicals (as we call them) in our work and have only seen them naturally growing in Puerto Rico.

Truly you are blessed to live in such a different culture and appreciate all that it has to offer. Thanks for sharing it with us!

A garden of Eden. Thank you!