This mansion is regarded as the finest  and grandest example of 'Angmor-lao' the Chinese name  for a home of this size and quality in Phuket. 'Angmor ' meaning foreign and 'lao' meaning mansion. The ochre hued Italianate styled Phra Phitak Chyn Pracha Mansion sits on the edge of old Phuket Town.  Facing south to Krabi Road the mansion captures the tropical breezes and is situated on a land plot of almost 2 acres. The banyan trees on the property are breathtaking!

The mansion was built in 1903 by the Tin mine baron Tan Ma Sieng. In the past on occasion, it has been used as the governor's mansion explaining it's present moniker. Inherited by the son, Sithi Thandaavanitj it was barely maintained for decades. When we arrived in Phuket in 2000 the building was very worn and tired and rumours abounded, what would happen to it? After the death of Khun Pracha Tandavanitj  in 2006 the house was occasionally opened as a private museum by his widow during Phuket's Heritage Week celebrations. Finally in 2008 a lease was signed with the famous Blue Elephant restaurant group. A major restoration ensued from a new roof to the foundations. It has quite a different interpertation on the interior now from the original but it nontheless is beautifully done and has given the old mansion a new and exciting life! 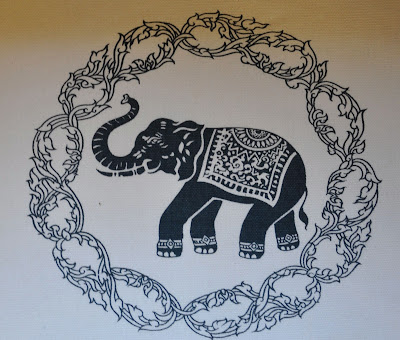 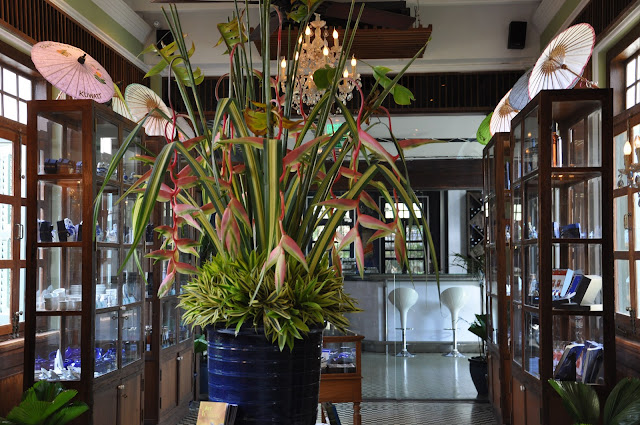 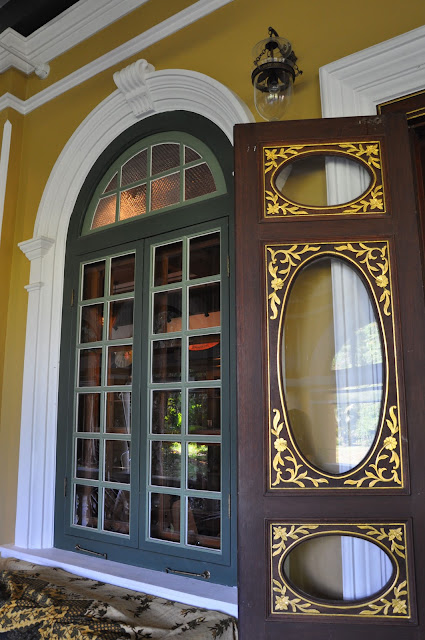 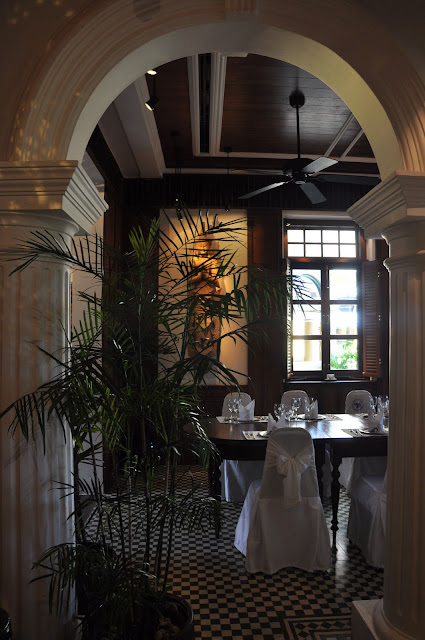 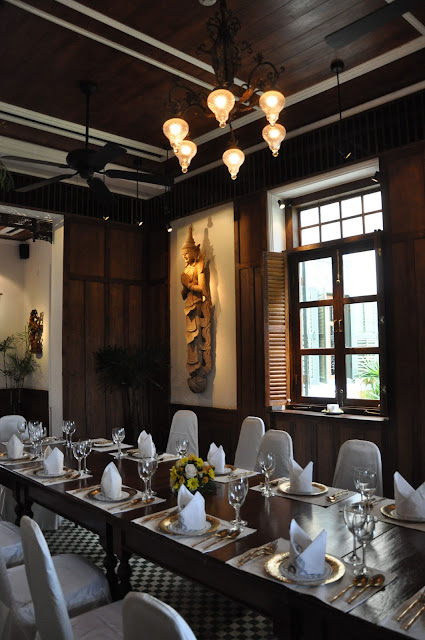 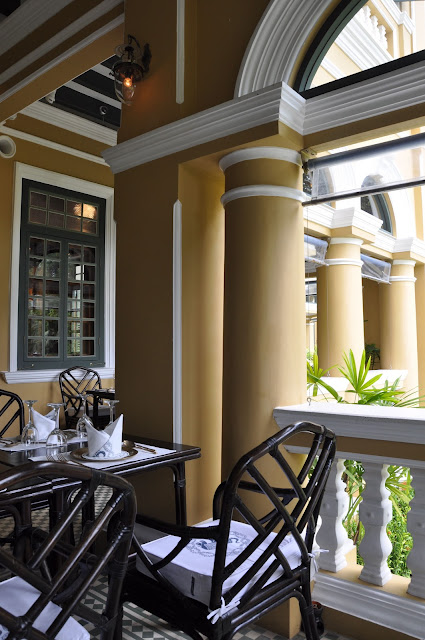 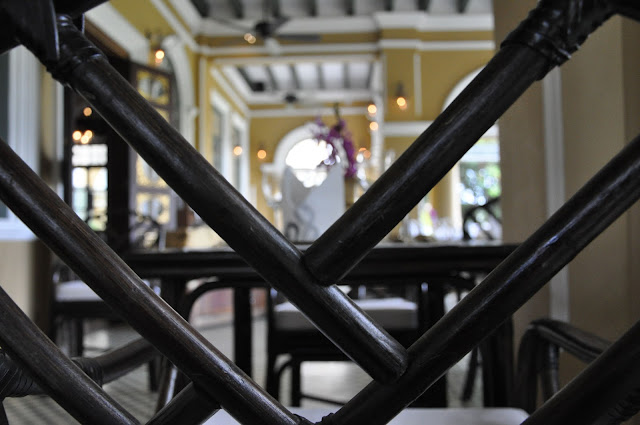 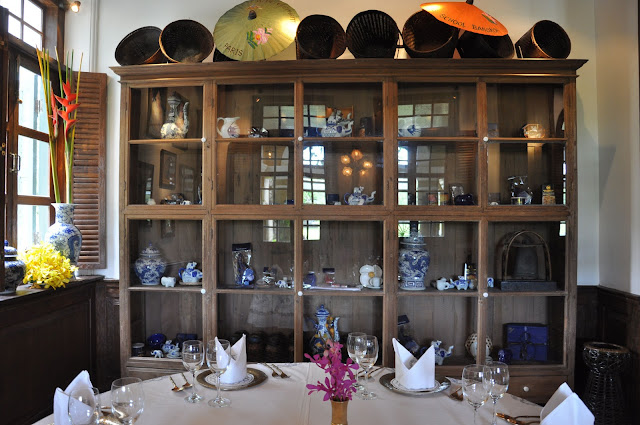 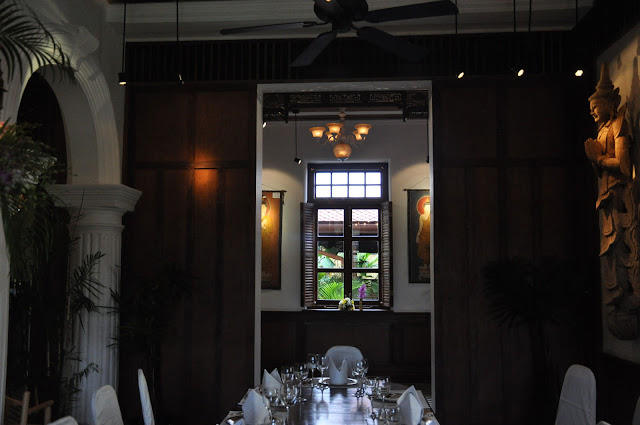 Posted by Concrete Jungle at 11:12 PM

Heather - this is simply stunning. Wonderful to see such beautiful restorations of significant buildings! Is the food good?

Hi!
Love your blog! Im a new follower from Norway. Would be delighted if you stop by and left me a comment. Sawatdee kha :)

Wonderful post and stunning example of Asian Colonial. Thank goodness there are ose in the world that preserve such structures as these so the rest of the world may benefit.

the wood doors with the gold detailing are spectacular!