A Mid- Century Palace in Vietnam

Upon colonizing Vietnam in 1867 the French tore down the exisiting wooden palace on the site in Sai Gon city. A new palace was designed and completed in 1873. Most of the materials for the new building were imported from France. The Governor Generals of French Indochina then used the new palace as their residence.

After the French surrendered Vietnam in 1954 the palace was handed over to the prime minister of the State of Vietnam and renamed The Independance Palace. In  February 1962 the palace was severely damaged in a bomb attack by two of South Vietnam's own air force pilots. Diem who had declared himself president of South Vietnam in a fradulant election escaped the assassination attempt. The palace however was so severely damaged that it had to be demolished.

A new palace was commissioned by Diem and designed by Ngo Viet Thu the very talented Vietnamese architect, winner of the Grand Prix de Rome in 1955. The new palace was started in July 1962 and completed in 1966. Diem never lived in the new palace as he was assassinated in the coup of 1963. General Nguyen Van Thieu leader of miltary junta was resident until the fall of South Vietnam on 30 April 1975. The palace was then renamed Reunification Hall.

The picture below is the palace built by the French. The present building follows the same location and entry layout as the original. The building is sited according to feng shui and also alined with the old allee of trees on the road to the palace. The addition of a fountain where the flagpole was located perhaps, a nod to French garden design? (picture from Wickpedia) 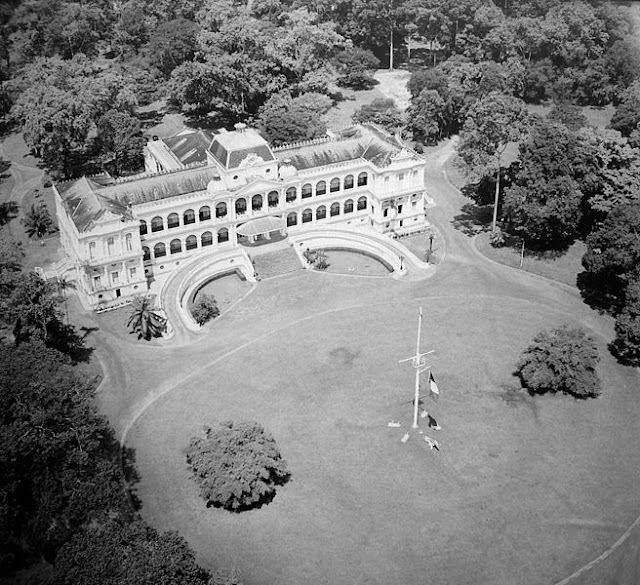 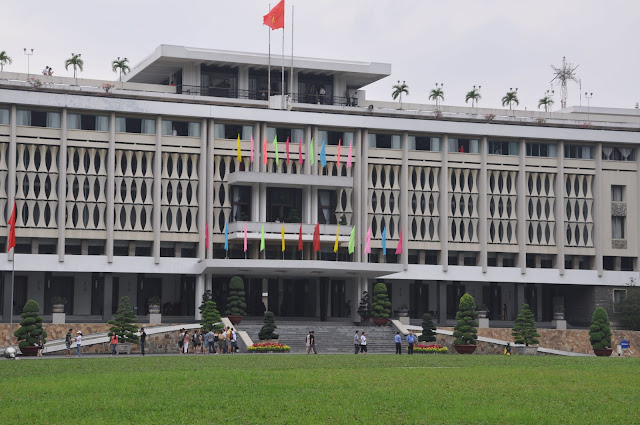 The contemporary interpertation of bamboo across the facade is a significant statement by the architect as a symbol recognizing the strength of the Vietnamese people. Beautiful shadows and a lovely airflow is created by the design with the windows behind. 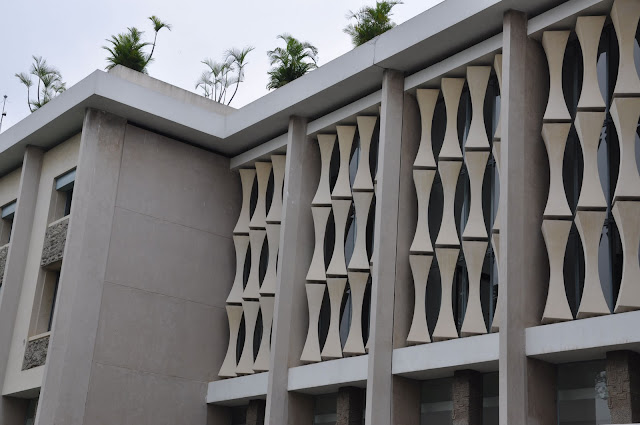 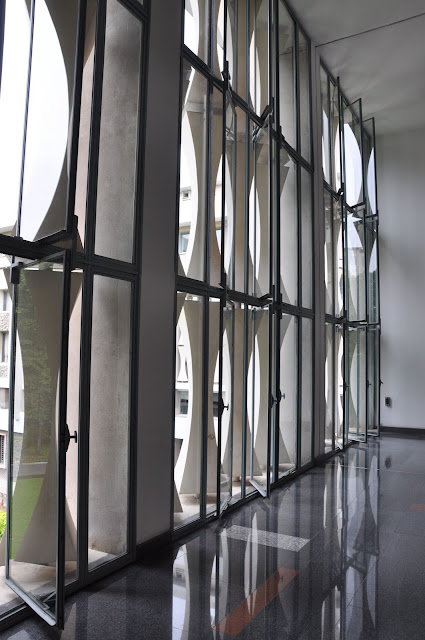 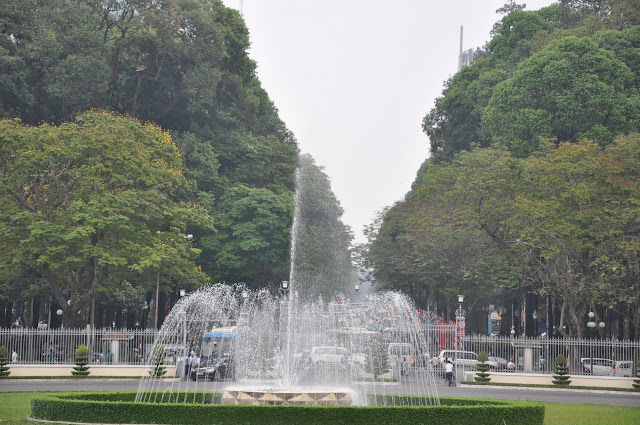 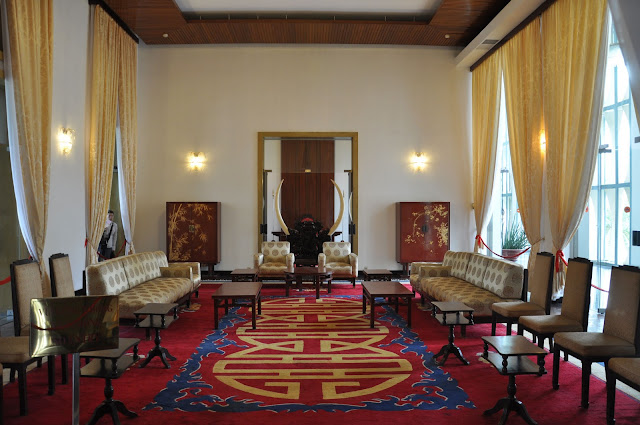 The formal state receiving rooms are decorated with beautiful Vietnamese silks and some stunning lacquer pieces. The furniture below is like no other. The finish is lacquer, co-ordinated with the amazing painting (also in lacquer) on the wall behind the desk. 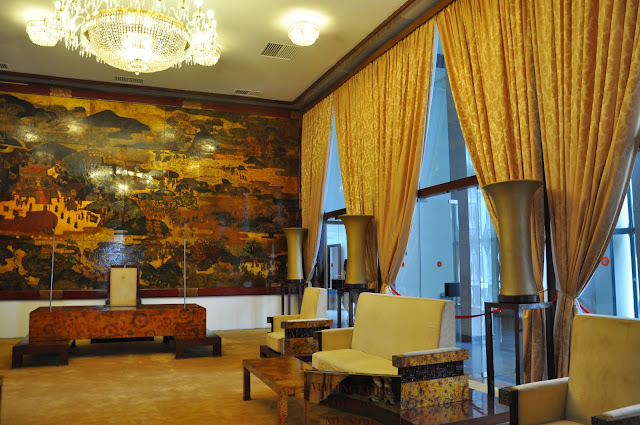 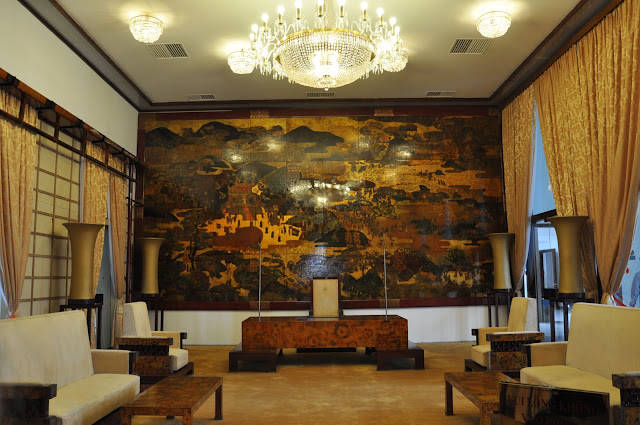 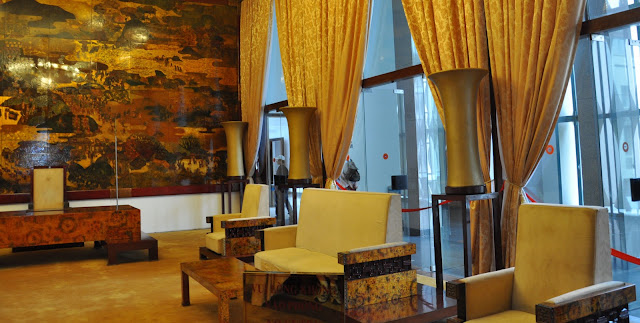 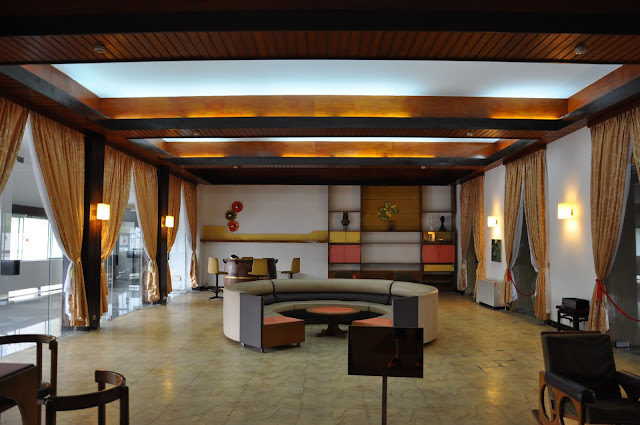 This was the president's private game room, note the bar in the corner. Clean classic sixties!

Below is the ladies dining room in the private apartments of the president. 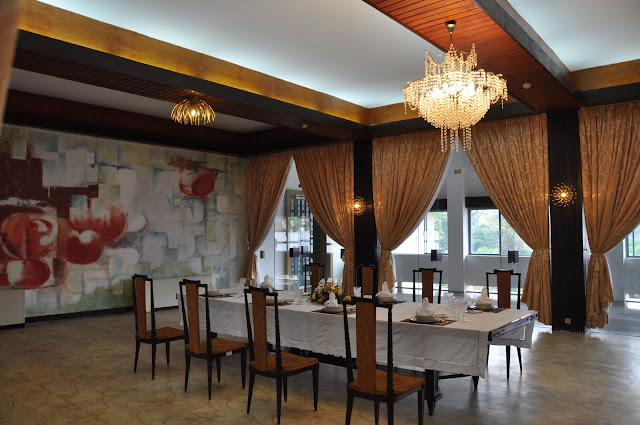 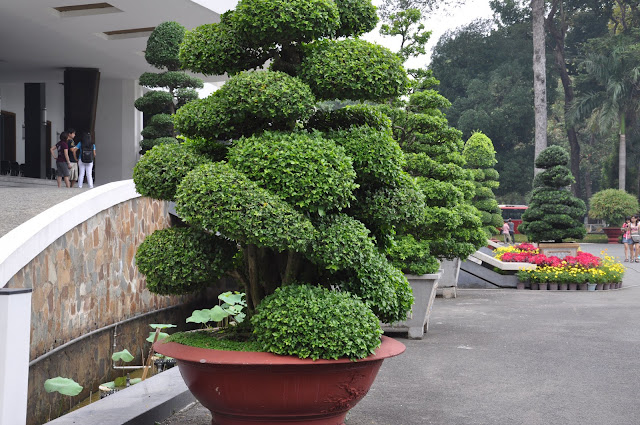 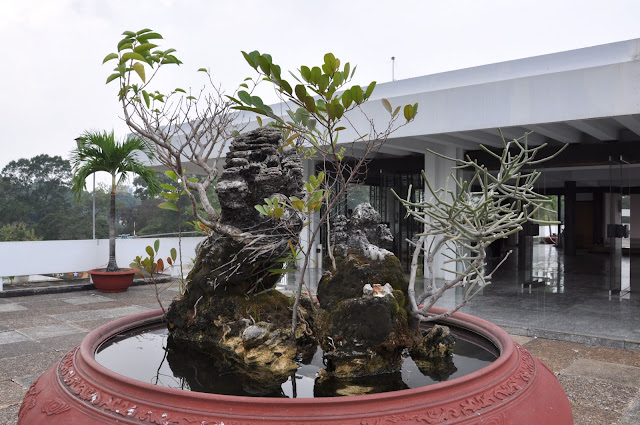 Roof top garden area.
Posted by Concrete Jungle at 7:40 AM

So, so amazing! And once again, reminds me of Indochine! XX!

Stunning post! Thank younformthe history lesson! It is fascinating, not just the architecture and the cultures but the sociology is very interesting!
Thanks so much!
Jamie Herzlinger