Remember the story of The Red Balloon ?


I am hoping some may think of this movie as a present for a child or their child inside this Christmas. This story may be more of an adult movie than a child's looking at the trailer of the current remake.

As a child I always thought of it as a  very sad story...the other children so mean, the mother not letting the balloon in the house. Somehow the hope springs eternal ending I never really remembered.

The original movie was made in 1956 and is filmed in an area of Paris that has now seen a complete change of character.

During this last visit in Paris, to my delight while we were walking in this wonderful city, I saw The Red Balloon... I wonder who it was following? Paris truly is magic! 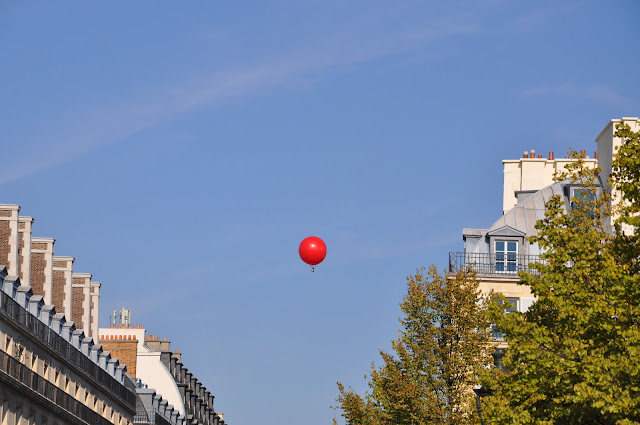 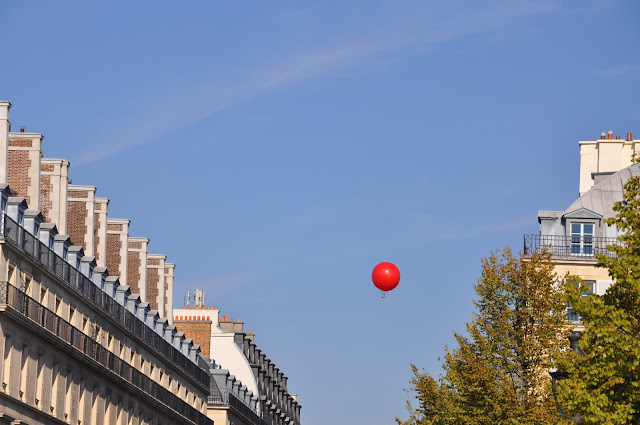 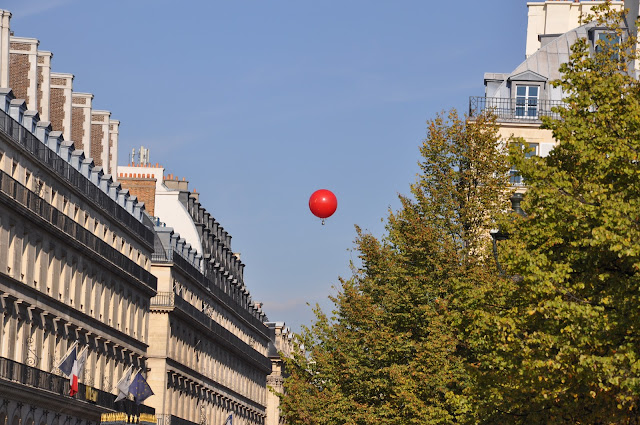 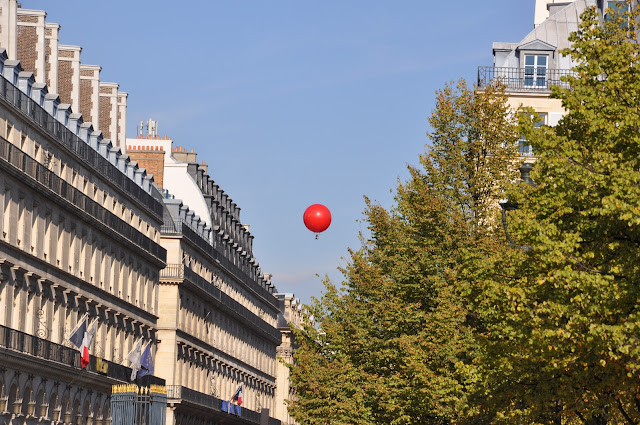 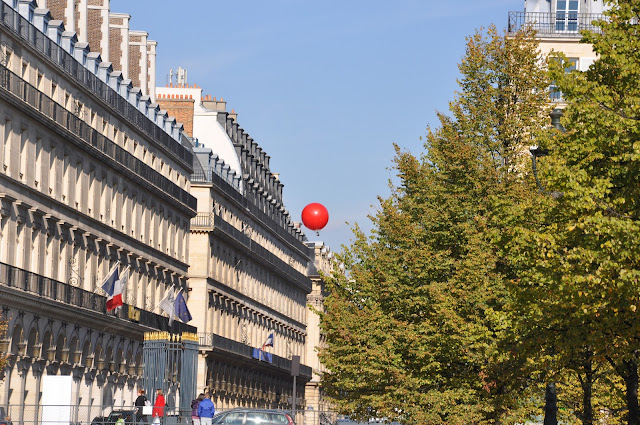 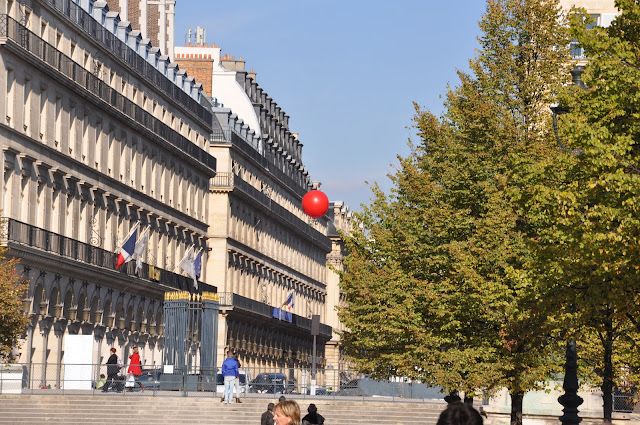 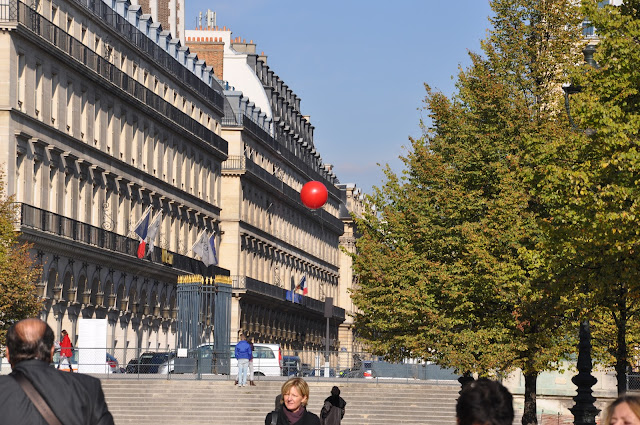 The film, which has a music score but almost no dialogue, tells of Pascal (Pascal Lamorisse), who, on his way to school one morning, discovers a large helium-filled red balloon.
As Pascal plays with his new found toy, he realizes the balloon has a mind and will of its own, and it begins to follow him wherever he goes, at times floating outside his bedroom window as Pascal's mother won't allow it in their apartment.
The red balloon follows Pascal through the streets of Paris, and the pair draw inquisitive looks from adults and the envy of other children as they wander the streets. At one point the balloon enters Pascal's classroom, causing an uproar from the other students. The noise alerts the principal, who becomes angry with Pascal and locks him up in his office until school is over. At another, Pascal and his balloon encounter a little girl (Sabine Lamorisse) with a blue balloon that also seems to have a mind of its own.
In their wanderings around the neighborhood, Pascal and the balloon encounter a gang of bullies, who are envious of his balloon, and they soon destroy his new friend.
The film ends as the other balloons in Paris come to Pascal's aid and take him on a cluster balloon ride over the city. 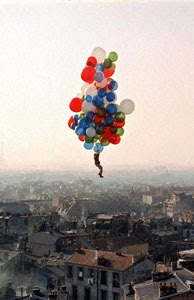 Posted by Concrete Jungle at 9:15 AM

Email ThisBlogThis!Share to TwitterShare to FacebookShare to Pinterest
Labels: France

It looks like white rabbit in Alise wonder land... Everyone has hisown or herown red baloon...

That is amazing cool, and in Paris, nonetheless, wow! XX!

Fabulous memory of a legendary film! Just found your blog and will follow daily! Thank you!
Jamie Herzlinger