Pomp and Ceremony - A Princess on Phuket!

She is one of Thailand's hardest working Princesses! HRH Princess Maha Chakri Sirindhorn is the King's third daughter, never married she works tirelessly, especially now as the King and Queen are older and travel less.
This week she flew down from Bangkok and officially opened SOS Children's Village, a new orphanage which is in our neighbourhood. Watching the tidy up and decorating that went on ahead of her visit lead us to watch her arrival. Unfortunately you are not allowed to take pictures of the princess unless accredited, but here are some of the morning's happenings. 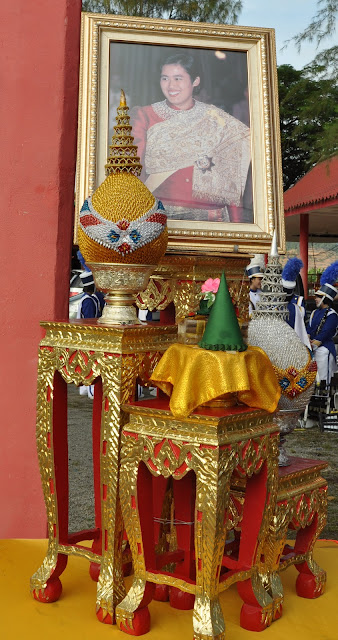 A display at the temple entrance with a picture of the Princess, bunting lined the bridge entrance. 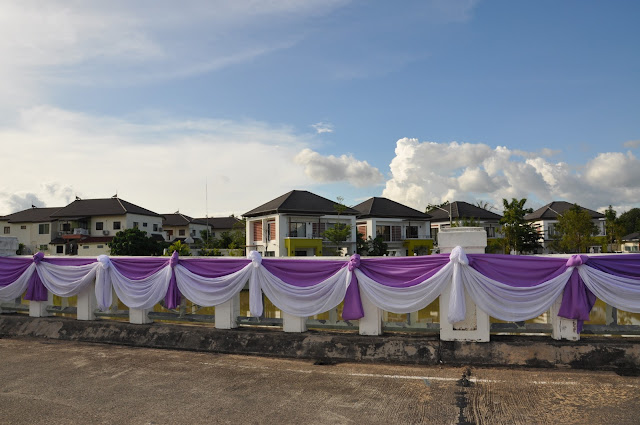 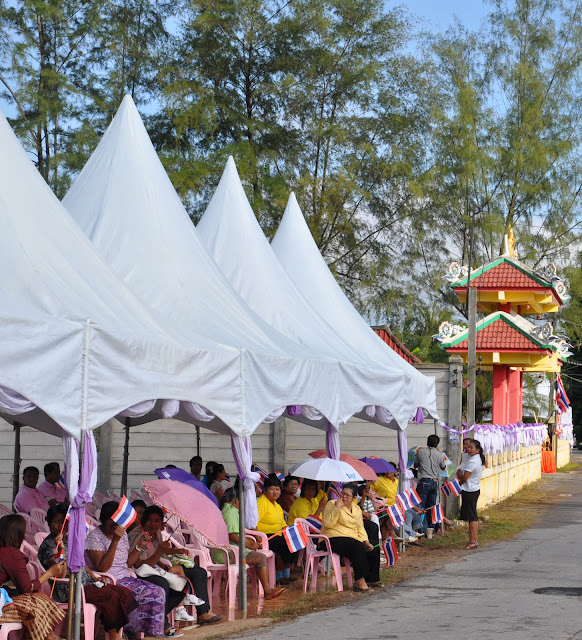 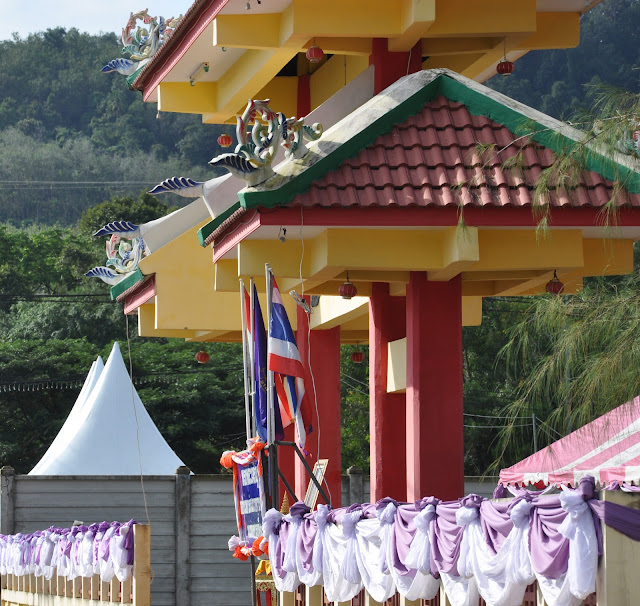 The temple across the road from SOS Children's Village all decorated. 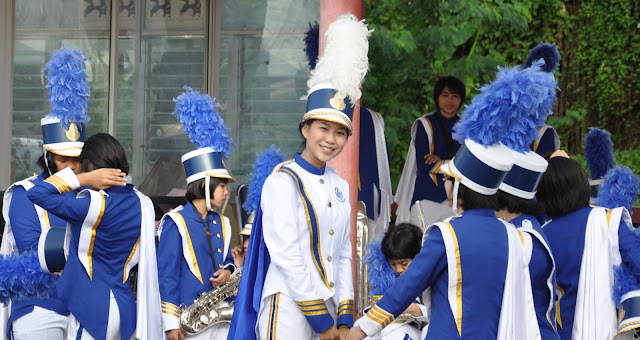 The band awaits the arrival of the Princess. 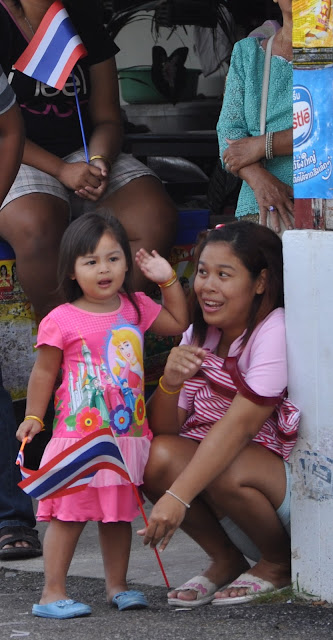 Will she remember the day the Princess visited? 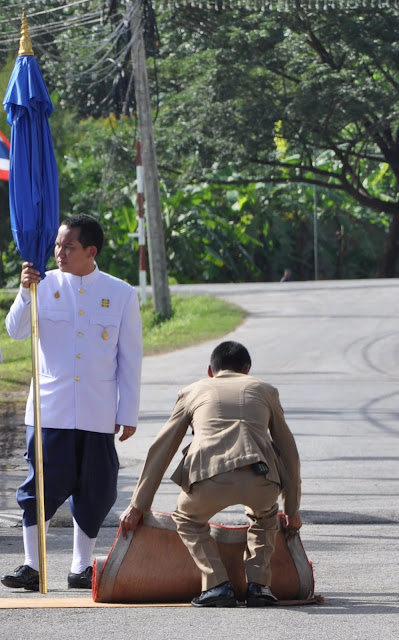 The red carpet goes down and the royal parasol to shield the princess from the heat of the sun is readied. 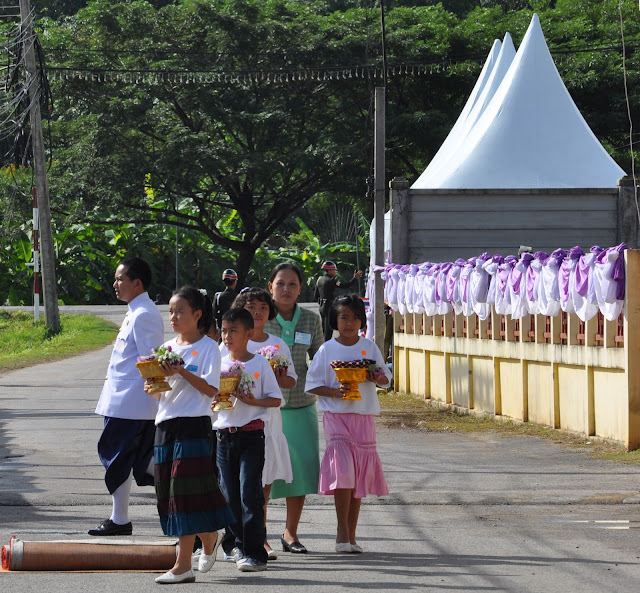 Flower offerings for the Princess from the children at the orphanage, having just been blessed at the temple. 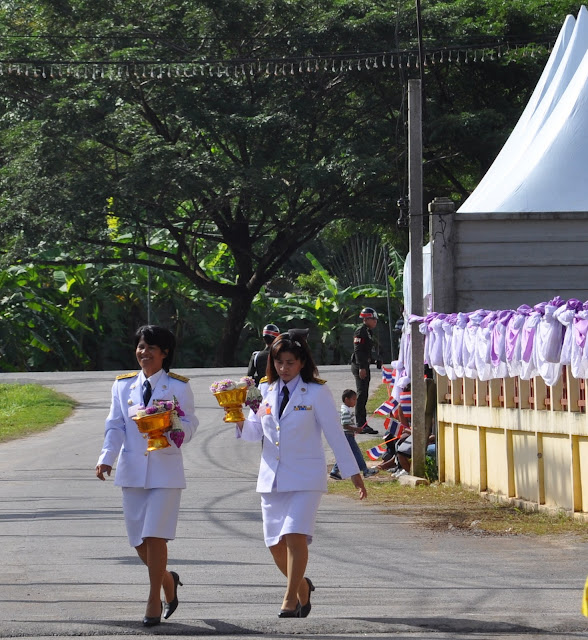 Phuket has a strong naval presence and the whites of dress uniform look very smart. 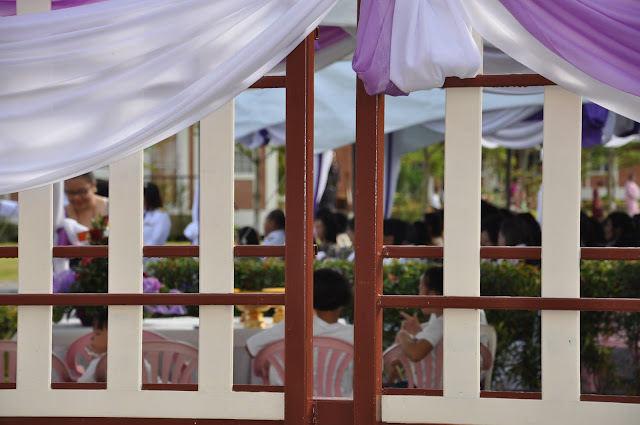 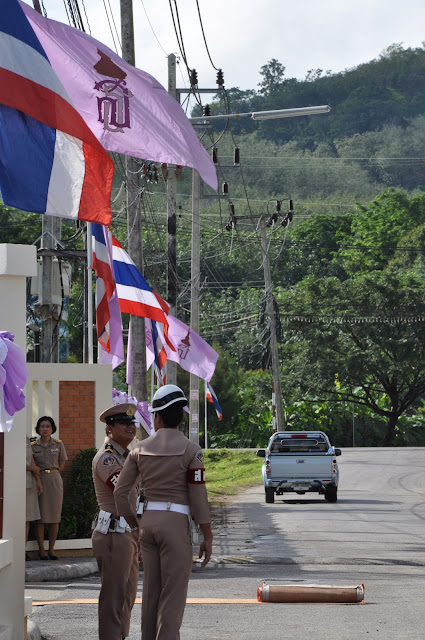 Must check to see if this is the Princess's own Royal standard gently waving in the breeze.
No, it doesn't appear to be her standard from my brief research, does anyone know what this flag is? 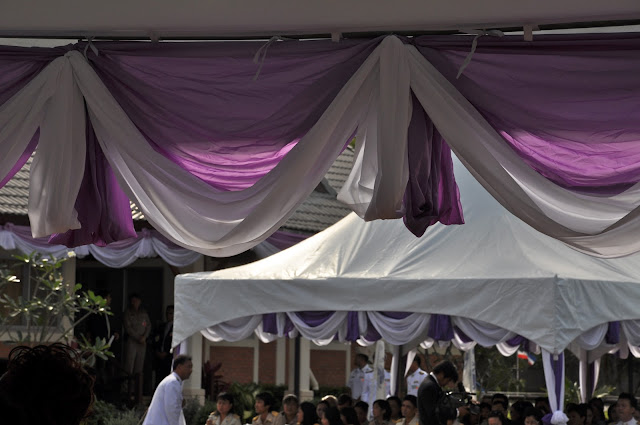 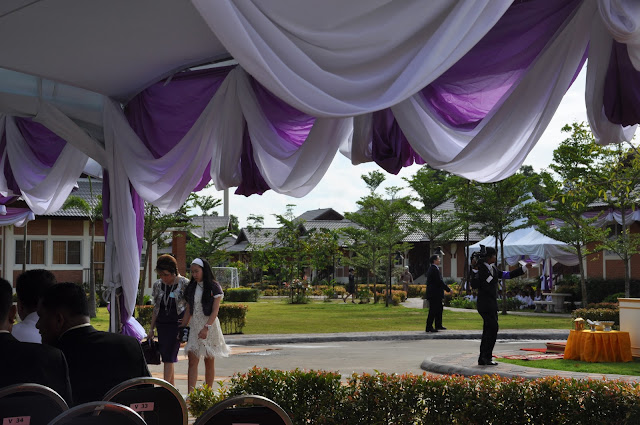 The very well connected seated under the same tent as the Princess. 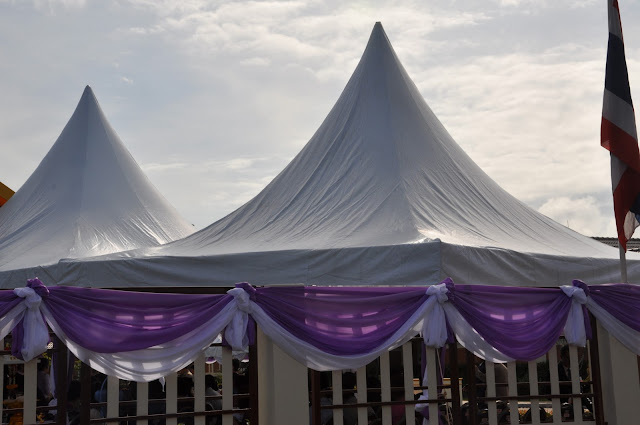 All and all it seemed to go smoothly and I did catch a fleeting look at this very hard working royal Princess.

A little about SOS Children's Villages from their site. This new village was built as a result of the tsunami when a number of children in the surrounding provinces lost their families.